You are here: News A glimpse into the devious strategies of the plastics industry

A glimpse into the devious strategies of the plastics industry

The American plastics industry devised a cunning strategy during the 1970s and the 1980s. In the revealing documentary Plastic Wars, now-retired industry leaders talk openly about this specific strategy. Already back then, the subject of plastic was under discussion, and governments were considering all kinds of measures to hinder its use.

Because of increasing pollution, a significant protest movement against plastic began about forty years ago. The plastics industry was worried about measures taken at the expense of turnover and responded with a smart public campaign. Advertising campaigns started emphasizing the many advantages of plastic. Also, consumers got in a new position: they had to take over the responsibility of recycling plastic waste. Next to this, the introduction of the recycling codes on all packaging had an unbelievable effect.

Recycling as a panacea

The recycling codes was misleading, as it suggested that these types of plastic packaging would be recycled. However, although this was theoretically possible, it wasn’t happening in practice. The emphasis on recycling, says one of the former managers, made it possible for companies to continue producing plastic. Plastic Wars shows that there is still a considerable amount of mixed plastics that no one can handle.

The show also presents internal documents that prove that the industry knew only too well that recycling would never pay off. Governments had to and must make a financial contribution. Recycled cannot compete with new plastic, which is better and cheaper. As a result, the vast majority of the collected plastic was either exported or dumped, while at the same time, more plastic was produced. The documentary also highlights the billions of dollars the oil industry invests now in the production of new plastic.

This has not changed significantly in recent decades. Recycling is promoted as a fine practice for the environment and economy. But at its core, it’s about being able to continue to produce even more plastic. A government official interviewed in the documentary puts it this way: “The producers know the environmental impact of the various types of plastic, but do not communicate that knowledge. What they do share, on the other hand, is the recycling logos. These codes and logos allow the industry to discuss recycling and not to have to explain or justify the environmental damage caused by plastic.”

The American lobby organization, Plastic Industry Association, reacted directly to the show and distanced itself from the statements of its former managers. The industry claims to be looking for better solutions around recycling, innovation, and education of the public. The reaction concludes with: “Our goal is to continue to ensure consumers benefit from the efficiencies, lower emissions profile, and second life possibilities that these products provide.” Read the full response of the Plastic Industry Association.

In Europe, too, the primary suggestion is that we can tackle the plastic soup by recycling better and more. That’s an important reason for not signing the Dutch and European Plastic Pact. The emphasis should not be on recycling, but on significantly reducing plastic production. 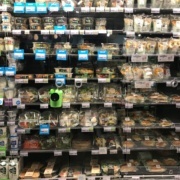 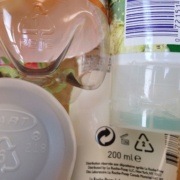 Greenpeace USA: Recycling symbols on plastic packaging are misleading
Scroll to top
This site uses cookies. By continuing to browse the site, you are agreeing to our use of cookies. Learn more