The American plastics and recycling industry requested $1 billion worth of support from the federal government. Because of the corona crisis, the American recycling system is struggling. And without investment, jobs will be lost, according to the lobbying letter sent to the American Congress on April 16.

The letter addressed to the American Congress is signed by a group of companies and lobbying organizations calling themselves the Recover Coalition. Members of this Coalition are, amongst other, the American Chemical Council and the Plastic Industry Association. The letter arrived into the hands of The Intercept , an independent news site for investigative journalism.

Abusing OF THE SITUATION

The Recover Coalition group is taking advantage of the corona crisis to save a sector that has been in severe difficulty for many years. Research by Greenpeace USA, which was published just before the corona crisis, showed that only a fraction of the American plastic waste is actually recycled. Almost all the collected plastic, apart from PET bottles, is disposed of in landfills or incinerated, especially since the export of plastic waste to China has come to a complete standstill.

The call also seems to be prompted by the interests of giants such as Coca-Cola and PepsiCo. They have promised to use a lot of recycled plastic in their bottles in the coming years. For Coca-Cola, this will be 50% by 2030. But according to a recent report from the US recycling industry, there is not enough recycled material available. So these promises are far from being kept unless strict measures are adopted.

INDUSTRY thrusts RECYCLING upon the public

The letter also states that the American public wants the recycling of plastic. However, a recent documentary showed the opposite. Recycling is not the wish of consumers but imposed by the industry. In Plastic Wars (documentary), documents and statements of former managers of the plastic industry make it clear that the industry has known for decades that recycling will never pay off. “There was never an enthusiastic belief that recycling was ultimately going to work in a significant way” (Plastic Wars).

Passing on the costs to consumers

The emphasis on (a theoretical possibility of) recycling paved the way for the industry to continue to produce plastics without any limits. This is beneficial for them as new plastic is cheaper than recycled and also of better quality. Moreover, the costs of collecting and processing plastic waste are covered by local communities.

The letter fits seamlessly once more into the strategy that has been pursued for years: to pass on the costs of plastic production to the public.

Synthetic microfibers and susceptibility to COVID-19

If the coronavirus can survive on plastic for two to three days, it is likely also to be the case on synthetic microfibers or plastic dust in the air.

Read more
Deposit on plastic bottles: a victory in the fight against the plastic soup... 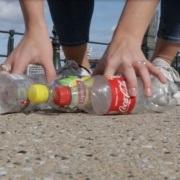 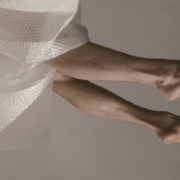