You are here: News Bold lobbying by the plastics industry in times of crisis

Bold lobbying by the plastics industry in times of crisis

“Postpone the implementation of the Single-Use Plastics (SUP) Directive for at least one year because of COVID-19.” That, in short, is the call of the European Plastics Converters (EuPC) to the President of the European Commission. In their open letter, the EuPC argues that the introduction of the Directive should be postponed because single-use plastics are not easy to replace when it comes to hygiene, safety as well as preservation from contamination.

The European Union accepted the SUP Directive last year because single-use plastics are the most significant contributor to the plastic soup. The Directive poses a direct threat to the plastics industry because it restricts the production of certain products.

This letter is a bold attempt by the lobbying association to take advantage of the corona crisis, make a case for the actions, and continue with the production of disposable plastic. The organization represents 50,000 European companies that collectively produce more than 50 million tonnes of plastic per year, both new and recycled.

The plastics industry uses very inappropriate arguments. They suggest that the European Commission does not take hygiene and safety into account and that they plan to ban essential plastic items such as gloves and masks when in reality, this Directive is about banning items such as plastic straws and cutlery. As if a ban on such products would prevent the spread of the COVID-19!

The European Commission is not impressed by the arguments. Their response states that the introduction of the SUP Directive will not be delayed. The spokesman subtly points out that medical products are excluded from the Directive and that under the current circumstances, it is all the more important to reduce waste.

The plastics industry tries to take advantage of the current situation, also in the United States. Last month, the American sister organization of EuPC, the Plastics Industry Association, requested in a letter to the U.S. Department of Health and Human Services to emphasize the safety of plastics in a public statement. Furthermore, this lobbying organization asked the ministry to speak out against the ban of single-use plastic products (such as bags or straws). 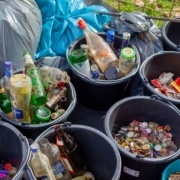 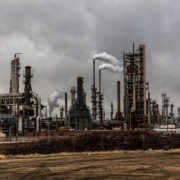 Will the oil and plastics industry survive COVID-19?
Scroll to top