You are here: News Millions of plastic nurdles pollute Oslofjord in Norway

Last March and April, millions of plastic nurdles washed ashore on the coast of Norway. They ended up in Oslofjord by the current. After a few weeks, the cause became clear: on 23 February, during a heavy storm in the North Sea, a hole was created in a container on a ship that transported nurdles from Rotterdam to a Norwegian plastic pipe manufacturer.

Nurdles spills during transport are common

In January 2019, another storm in the North Sea threw 350 containers off the cargo ship MSC Zoe. Some of them were full of nurdles. Millions of plastic granules were then washed ashore on the beaches of the Wadden Islands. Cleaning them up is extremely difficult; a special vacuum cleaner was used on Schiermonnikoog. Earlier so-called spills from containers thrown overboard took place near Durban in South Africa and Hong Kong.

Cleaning up will not succeed

The ship of shipping company Cargo Sea was on its way from Rotterdam to Tananger, with 26 tons of polypropylene nurdles on board. These nurdles were produced by INEOS, the chemical company in Antwerp that imports ethane as a by-product of shale gas from the United States to make the nurdles. When crew members discovered the hole in the container, it was already too late. The shipping company acknowledged responsibility and undertook to bear the costs of cleaning up. But that’s extremely difficult. The nurdles are scattered on the rocky coast of Oslofjord and on many other islands in the area. There are reports for at least 250 places, including the coast of Sweden.

The industry is exceptionally sloppy with nurdles. Especially during transshipment and transport, things often go wrong. The London harbor in Rotterdam, for example, is heavily polluted with nurdles, which come from plastic manufacturer Ducor, among others. These were recently cleaned up after the Plastic Soup Foundation submitted an enforcement request to the Environmental Department. Enforcement requests are being prepared for other sites too. That was the first time in Europe that companies were obliged to clean up the nurdles. Voluntary commitments under Zero Pellet Loss or Operation Clean Sweep, unfortunately, offer no guarantee that nurdles will not end up in the environment. 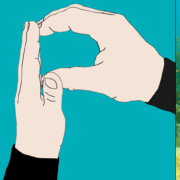 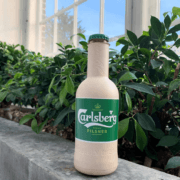 WILL AVANTIUM’S BIODEGRADABLE PEF PROCLAIM THE END OF THE PLASTIC SOUP?
Scroll to top
This site uses cookies. By continuing to browse the site, you are agreeing to our use of cookies. Learn more