Ecocide, large-scale damage, destruction or loss of ecosystems, must be made a criminal offense under French law. This is one of the most important proposals of the Civic Council Convention Citoyenne pour le Climat (CCC), which was  set up by the French president Macron. According to the council the population should vote on this proposal in a referendum.

The Civic Council recommends taking the framework of the so-called “nine planetary boundaries for Earth” as a starting point. The nine planetary boundaries have been established by the Stockholm Resilience Centre. These include, for example, climate change, loss of biodiversity, ocean acidification and chemical pollution. When these limits are exceeded, there is considerable risk that the road to ecological restoration will be completely cut off.

Plastic Soup Foundation fully endorses the call of the French Civic Council and proposes the acknowledgement of the plastic soup problem as the tenth planetary boundary.

What is the core of the problem?

‘Strangely enough, activities that cause serious environmental damage, global warming or loss of biodiversity are not prohibited. The international community lacks legislation to take to justice those responsible for serious ecological damage. Countries and companies can just act as they choose and exploit Earth for their own gain, without being accountable for the ecological damage they cause.’

Can you give some examples?

‘If Brazilian President Bolsonaro does not hinder and even promotes the burning of Amazon rainforests, he cannot be held accountable. Or take Coca-Cola, every year this multinational company sells more than 100 billion plastic bottles worldwide. Millions of these bottles end up in the environment. The company continues to sell the bottles knowing that it will cause ecological damage, but none of the management can be held accountable.’

How can ecocide be made a criminal offense?

‘This can be done by changing the legislation, as proposed by CCC for France. However, ecocide affects the entire Earth and must therefore also apply internationally. The International Criminal Court (ICC) has been set up to prosecute persons suspected of genocide, crimes against humanity and war crimes. These crimes are enshrined in the Rome Statute, an international treaty from 1998. In 2018, the crime of aggression was added. We advocate that “ecocide” should be added to this list as the fifth international crime. It is actually very simple: without legislation there is no crime and therefore no legal protection of our ecosystems.’

Is there public support for this idea?

‘The call to recognize ecocide as a crime is getting louder and louder. CCC’s proposal for a national referendum in France was adopted almost unanimously. That is very encouraging. People are well aware that environmental damage is often irreversible. It must be made possible to hold personally accountable those who are guilty of this and those who responsible – such as Heads of State or CEOs. Ultimately it is up to the judge to pronounce a verdict.’

There is increasing support, but how does it work procedurally?

‘Once sufficient member states agree, criminalization of ecocide can quickly become a reality. The first steps have already been taken. In December 2019, two sovereign states – Vanuatu and the Maldives – officially appealed to the International Criminal Court to consider recognizing such a crime.

These countries face all kinds of problems due to climate change. In the Netherlands, the ‘Partij voor de Dieren’ (Party for the Animals) is currently preparing an initiative proposal asking the government to support the acknowledgement of ecocide as (international) crime. Our organization facilitates this process where possible.’

What can citizens do?

‘We hope that more and more people and organizations, such as the Plastic Soup Foundation, will understand the importance of ecocide legislation and support our campaign. This will spark the necessary discussion about how we can use legislation to protect Earth and all its inhabitants. If that does not happen, matters won’t change and ecocide will remain business as usual.’

Read more
Conservative Estimate: 136,000 Tons of Plastic Escape from the Ocean Every ... 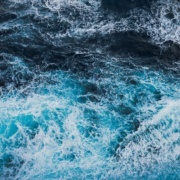