You are here: News Ducor tries to shift the responsibility for plastic pollution

The petrochemical company Ducor Petrochemicals produces some 9 trillion plastic granules per year in their plant in Rotterdam. The Plastic Soup Foundation (PSF) has established that there is structural pollution from these granules outside the company premises, even after the company announced measures to stop the pollution. As a result, PSF submitted an enforcement request last January.

Two months later, the responsible governmental environmental agency DCMR imposed a penalty of 15.000 euros per established violation. Ducor decided to challenge the penalty by applying for a temporary suspension and entering an objection to the enforcement request. The Raad van Staat, an independent body that advises the Dutch government and parliament on matters regarding legislation and administration, is expected to present their opinion in the coming weeks.

HOW SERIOUS IS THE POLLUTION?

The enforcement request, and the imposition of penalties, led to a number of large clean-up actions at the end of April. Specialized extraction units were used to suck up the granules (also known as nurdles or pellets) from quays and embankments, amongst others from the “Londenhaven” and from the “Landtong van Rozenburg” on the Caland canal. The serious nature of the pollution is evident from a note on Ducor’s website: “In total, 17 big bags of coarse solid waste were collected, and four bags of plastic granules”.

On the one hand, Ducor claims to be responsible for the pollution, on the other hand they are legally challenging the penalties and claim to have done nothing wrong. In the meantime, the company is advocating a wider approach to the problem. According to an article in Petrochem, they feel that they have been singled out as a scapegoat.

PSF applauds a broad approach. The result would be that each and every company producing plastics needs to work with a closed system for the production, storage and transshipment of plastic granules, to ensure that they do not end up polluting the environment.

Jeroen Dagevos, Head of Programs for PSF: “Ducor can’t just shift its own responsibility to a shared responsibility with other companies. The company is and will always remain responsible for its own pollution”.

YOU CAN ACCESS OUR EARLIER ARTICLES ABOUT DUCOR HERE: 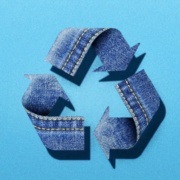 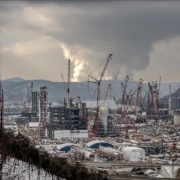