You are here: News Shell’s Plastic Factory does not count for Climate Goals

Five years ago, it was agreed at the Paris Climate Conference to decrease global warming by two degrees and do everything possible to stay below 1.5 degrees. This can only be realized if emissions of carbon dioxide (CO2) — the most important greenhouse gas — are reduced by 45% in 2030 and are entirely phased out by 2050.

PLASTIC AND THE CLIMATE

The plant, in which Shell is investing six to ten billion dollars, will produce plastic next year based on ethane, a by-product of shale gas. Ethane will be used to make ethylene, a raw material for all kinds of plastics, such as polyethylene, which is widely used for packaging. Plastics’ contribution to greenhouse gas emissions and climate change is a problem about which little is published so far. The recently published report “Plastic & Climate. The Hidden Costs of a Plastic Planet” fills this gap.

The report, edited by the Center for International Environmental Law (CIEL), provides greenhouse gas emission calculations for the whole lifecycle of plastic produced from oil and gas: from raw material extraction and processing to waste disposal. In particular, the production and incineration of plastic contribute to the emissions. Therefore, the report concludes that the plastics industry poses a serious threat to the achievement of the climate targets.

The maximum amount of CO2 that can still be emitted worldwide to meet the climate target is set in ‘the carbon budget.’ According to the report, the plastics industry will account for 10 to 13% of this limited budget until 2050.

The petrochemical industry invests massively in new plastic production, especially where cheap shale gas can be used. This is based on the expectation that 1323 million tonnes of plastic will be produced in 2050; approximately 3.5 times more than in 2015. About 40 percent of this is for single use plastic packaging, a major cause of the plastic soup.

THE CO2 BOOKKEEPING OF SHELL

In December 2017, Shell announced its Net Carbon Footprint ambition. Last April, the target was set to 65 percent reduction by 2050 and, as an intermediate step, 30 percent by 2035. But to reach the Paris agreements, CO2 emissions must be reduced by 45 percent by 2030 and zero by 2050. In addition, Shell’s Net Carbon Footprint ambition implies a relative reduction in emissions. Therefore, there isn’t any certainty that there will be an absolute reduction in CO2 emissions, which, according to the Intergovernmental Panel on Climate Change, is necessary to reach the Paris Agreement goals.

There is another catch under Shell’s plans. The ‘Net Carbon Footprint’ only calculates the CO2 emissions of energy products, such as petrol. Other products, like chemicals, lubricants and plastics, are not included in the calculations. Ethylene, the product of the Pennsylvania plastics plant, is therefore not included because it is not an energy product. This is how greenhouse gas emissions from plastics are excluded from Shell’s CO2 accounts.

According to the CIEL report, the Pennsylvania plant alone will emit as many greenhouse gases as almost 500,000 new cars a year. 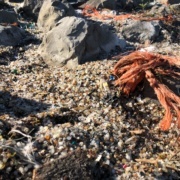 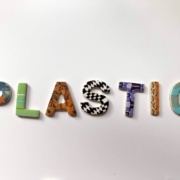 Plastic Free July: Does plastic put our body at risk?
Scroll to top