You are here: News Deposit on tin can is good decision, but not good enough

Deposit on tin can is good decision, but not good enough

Last week, the cabinet approved the draft decree that definitively regulates deposits on cans. Without a deposit on cans, we find a lot of cans in the litter. In the Netherlands, there are about 125 million a year. However, the business community will be given a very last chance to prevent the introduction. Before the autumn of 2021, there should be 70 per cent fewer cans in the litter. Everyone knows that this is an illusion.

It had already been decided that next year deposits will be placed on small bottles after the business community had failed to meet the collection target of 70%. This trial would not succeed; everyone knew then as well.

Plastic Soup Foundation, together with Recycling Netwerk, calls on the Secretary of State to consider two things: already bring forward the decisive moment for the cans and extend the decision to other beverage packagings.

In the first half of this year, according to the latest monitoring report by the Department of Public Works, 19% more cans got into the litter. It is, therefore, a complete illusion that companies will succeed in finding 70% fewer cans in a year. Nor are there any significant proposals or initiatives from the brands of cans aimed at collection. According to Trouw, Red Bull, which is responsible for most cans in the litter, will soon have advertising cars driving around with the message to throw cans in the trash and not on the street. It won’t help, even though this company knows that only deposits on the cans can provide serious recycling.

The following problem has arisen: squeeze bags (pouches) and drink cartons (with plastic on the inside and outside) are also found littering the street and roadsides. So far, they fall outside all deposit schemes. When bottles and cans soon have a deposit, there is a danger that beverage retailers will switch to these disposable beverage containers. More of these bags and cans will then be sold, and as a result, even more, will end up as litter. Then the Lower House will pass a motion calling on the cabinet also to introduce deposits on squeeze bags and drink cartons. Subsequently, the government will draw up a separate draft decree regulating deposits on pinch bags and drink containers, unless the business community can keep 70% of the pinch bags out of the environment. And so begins, after the bottles and cans, the umpteenth round about deposits.

EVERYONE BENEFITS FROM CLARITY

Recycling Aluminium Packaging the Netherlands (RAVN) calls for an immediate deposit for all beverage packaging because every delay or exception costs extra money. Invest at once in an infrastructure that can handle all beverage packaging so that separate streams of material that can be recycled are created, says RAVN. Above all, avoid the need to adjust the return machines with every new deposit decision. The fact that all types of beverage packaging must be treated equally also prevents manufacturers from trying to circumvent deposits by introducing alternative packaging such as cans made of plastic or bottles made of aluminium.

Supermarkets traditionally oppose the introduction of deposits. The equipment takes up space, and there are other objections. But deposits also mean that customers come back to the store. Whoever returns beverage packaging will leave with a bag full of groceries.

It is high time that the supermarkets make a choice together and the government enforces that choice. Supermarkets will facilitate unreserved deposits for all beverage packaging and invest in the right infrastructure without opposition. Or they will collectively forego it. In the latter case, there will be separate return stores, and they will miss out on customer service.

Read more
Who protects us from toxic chemicals in recycled plastic? 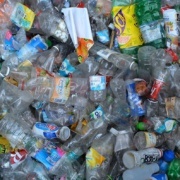 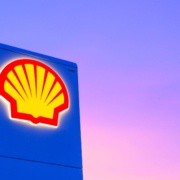 Plastic: Shell’s leaky lifebuoy
Scroll to top
This site uses cookies. By continuing to browse the site, you are agreeing to our use of cookies. Learn more