You are here: News Keuringsdienst van Waarde hits the cosmetics industry with our app

Keuringsdienst van Waarde hits the cosmetics industry with our app

Teun van de Keuken of the TV program Keuringsdienst van Waarde confronted the Dutch Cosmetics Association on Thursday the 22nd of October with the question: why are producers not more transparent about plastic use in care products? Also, in the episode of Jinek on Monday the 27th of October, the subject was discussed again with Teun.

“They have fantastic properties, and the problem solves itself.”, say producers and sellers of cosmetics about microplastics in cosmetics. A recent broadcast from Keuringsdienst van Waarde shows how the cosmetics industry deals with this issue.

Meanwhile, the European Union is preparing legislation to ban all intentionally added microplastics in products.

Microplastics are hidden behind complicated names on labels that nobody understands. None of the products carry the message that everyone would understand immediately: beware, there are microplastics in this product! The program-makers made a round of salespeople and make-up artists. They should know, shouldn’t they? Some said that there are never microplastics in care products, others that there are ‘other plastics,’ and dissolve in the wastewater.

PANIC BEHIND THE SCENES

The European Union is preparing legislation to ban all microplastics intentionally added to products, including cosmetics. Microplastics do not degrade and end up entering the food chain. The program-makers had sea bass analyzed by the Environmental Chemistry and Toxicology Department of the Free University of Amsterdam. Plastic was found in the tissue, i.e., in parts of the fish eaten by humans.

It is estimated that microplastics are present in about 90% of all care products sold. There is a great panic among the cosmetics companies because it is costly to modify the existing formulas. Some of that panic was apparent from the program. A Chanel spokesman told us that the company does not communicate about microplastics at the moment.

Ronald van Welie, director of the Dutch Cosmetics Association (NCV), opted for a different strategy during the broadcast: ‘Microplastics are not in it for nothing. They have great properties with which products are made that people want’. By then emphasizing that microplastics’ contribution from care products to the plastic soup is relatively small, there is nothing wrong, according to him.

PSF has been leading the global Beat the Microbead campaign since 2012 with the message: stop purposefully adding microplastics to personal care products. This Position Paper explains precisely why. The app recognizes more than 500 different microplastics and more than a hundred questionable ingredients. You can also check online whether a product contains microplastics. More than a hundred NGOs from 42 countries are affiliated with the campaign.

Van Welie surprisingly called the Beat the Microbead app a ‘fantastic tool’ for people to know if there are microplastics in the care products they want to buy. By scanning the label with your smartphone, you can immediately see whether that is the case. The app, developed by Plastic Soup Foundation, was for some time after the broadcast the most downloaded app in the Netherlands. Since the broadcast, it has been downloaded more than 38,000 times, and 440,000 products have been scanned. Consumers who scan can also add products to the database. There were more than 53,000 in the last few days.

Jeroen Dagevos, head of programs at the PSF, said: “The number of downloads shows how important this topic is to consumers. Nobody wants to put a product on their body with plastic in it. Earlier this year, research showed that 80% of Dutch people are worried about microplastics in cosmetics”.

NOW WE NEED YOUR HELP!

Please help us in the fight against microplastics! Since the broadcasts of the Keuringsdienst van Waarde and Jinek, we have been flooded with new users and products. So help our crowdfunding and donate now!

Sign our petition and ask the European Union to ban all microplastics in cosmetic products.

Increasingly, plastic waste is shredded and sold as fuel. It is a shortcut to get rid of plastic waste under the guise of recycling.

A new law in the U.S. must protect the ocean from plastic. The law only looks at waste management and not at plastic production. As a result, this law will overshoot its goal.

The average American uses so much plastic every year that the country contributes a lot to the plastic soup, even though it is collected. Also, what is counted as recycling can end up in the environment. 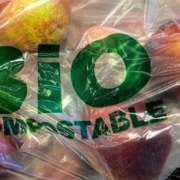 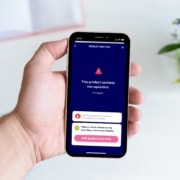 Dutch people massively embrace the Beat the Microbead app to detect plastic...
Scroll to top
This site uses cookies. By continuing to browse the site, you are agreeing to our use of cookies. Learn more