As a result of the climate crisis, low oil prices and the pandemic, Shell is suffering a historic loss. In response, the oil and gas company is reducing the dividend for shareholders and cutting 10% of jobs.
To overcome the biggest crisis in its history, Shell is gambling on increased production of new plastic. But that lifebuoy is as leaky as a basket.

While the oil and gas taps are gradually being closed, and COVID-19 is causing a sharp drop in demand, Shell has invested billions of dollars in the production of new plastic. Shell is certainly not the only one; all Big Oil is gambling on plastics as a growth market where profits can be made. From ethane, a cheap by-product of shale gas, ethylene is made, a raw plastic material. This new (virgin) plastic will flood the market.

The future’s not in plastics

But ‘Plastic will not save the oil industry’, Carbon Track’s financial experts say. They have explained why the growth of plastic will flatten out. According to the report, the world is reacting to the plastic crisis:

The report sets out how these developments have harmed the expectations of Shell and consorts. Besides, billions of investments will result in a surplus of plastic, which will depress prices and therefore, profit margins. The result is stranded assets (investments that become worthless) and a recycling sector that cannot compete at dumping prices.

The oil industry cannot continue as before. According to the report, there are already four developments or issues that the industry needs to take into account:

…but investors run an increased risk

Investors know better. There is an ever-increasing risk of investing in plastic and shale gas. Also, these investments are not in line with the United Nations’ Sustainable Development Goals (SDGs). Banks and insurers will be held to account for investments in plastic and shale gas. Private investors, in turn, will not want to run any risks and will no longer invest their money in oil, gas and plastic. As early as 2018, Moody’s, the authoritative investment advisory firm, warned that any measures in the pipeline to curb plastic packaging would adversely affect the industry’s creditworthiness.

Shell must take another turn

In response to the oil crisis, Shell’s top executive Van Beurden announced sustainability. As an energy company, Shell will invest much more in sustainable energy sources. But how long will it take before the multinational announces to abandon plastic production?

Read more
Deposit on tin can is good decision, but not good enough 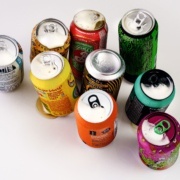 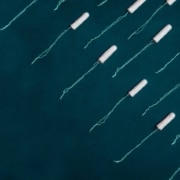