You are here: News More and more marine animals are dying because of plastic

More and more marine animals are dying because of plastic

Manatees, whales, dolphins, sea lions, turtles, and many other animals are permanently at risk of dying from plastic in the sea. Oceana, an organization working to protect the ocean, has gathered data on this for the first time.

It concerns almost 1,800 documented animals belonging to forty species in American artificial waters. These animals became entangled in plastic or died of swallowed plastic. Eighty-eight percent of them are endangered species. Often the animals die a gruesome and slow death, and almost always unnoticed.

The report Choked, Strangled, Drowned: The Plastics Crisis Unfolding In Our Oceans speaks of an ‘unfolding disaster,’ an ecological disaster that is becoming increasingly apparent. The organization calls on the US government to rapidly and drastically reduce the use of plastic.

TIP OF THE ICEBERG

We only see the tip of the iceberg. By no means all dead animals are found, and by no means all animals found are examined. Moreover, it is often impossible to determine the exact cause of death of the animals reported. But what is clear is that the cause of death appears to be in swallowed plastic in 90% of registered animals. Bags, balloons with ribbons, fishing gear, plastic film, food packaging, etc., were found in the stomachs, along with many indefinable pieces of plastic. There is a strong suspicion that these pieces of plastic sealed off the gastrointestinal tract.

It is impossible to say how many marine animals die each year worldwide from plastic. For one documented dolphin with plastic, there are an estimated fifty other dolphins that die of plastic without anyone noticing. However, the number of species is recorded. In 1997, 267 species were identified as either ingesting or becoming entangled in plastic.

By 2015 that number had risen to 557, and by 2020 Dutch researchers had reached 914 marine species. You can begin to ask yourself more and more which species are not affected by plastic.

Oceana’s report shows, among other things, that turtles are particularly vulnerable. This vulnerability starts as soon as they hatch. Of the 861 turtles surveyed, 178 are newborn turtles (20%). These turtles make their way across the beach to the sea and can already get plastic.

The authors of the report cite disposable plastic as the primary cause. The flow of plastic into the ocean must stop. Companies need to reduce their production of plastic, especially of unnecessarily disposable packaging plastic.

The researchers also believe that it is essential for companies to offer consumers plastic-free alternatives. Governments must pass laws to curb the amount of disposable plastic and encourage reusable and refillable packaging.

THE PLASTIC FACTORY OF SHELL

In the US, however, there is no evidence of reduced use of plastic. On the contrary, the chemical industry is investing heavily in producing new plastic, which was given extra stimulation under President Trump. When he visited Shell’s new plastic factory in Pennsylvania last year, which converts shale gas into nurdles (the raw plastic material), he was enthusiastic: ‘That raw material will then be shipped all over the country and all over the world to be fashioned into more products stamped with that very beautiful phrase: “made in the USA.”

Oceana’s report comes when Biden is taking over the helm, and a strict environmental policy is expected to be pursued again. It is to be hoped that under Biden, life in the ocean will be protected and that plastic reduction will be given high priority. 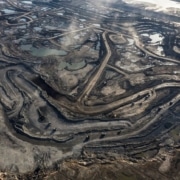 How is ecocide defined and how should it be punished?
Scroll to top
This site uses cookies. By continuing to browse the site, you are agreeing to our use of cookies. Learn more