You are here: News New U.S. law protects the ocean (but not really)

The American chemical industry is espacially happy with the Save Our Seas 2.0 Act, a new American law to protect the ocean against plastic pollution. This is not done by tackling the production and use of single-use plastics but by improving waste management. It also introduces a ‘genius’ award for the best idea to clean up the ocean.

It is expected that after Congress, which does not hinder the production of new plastic at all, the Senate will also approve this law, and the president can sign it.

TRUMP LIVES IN A GLASS HOUSE

The law is a sequel to the Save Our Seas Act 1.0 that President Trump signed in October 2018. It explicitly allows for the inclusion of provisions on waste management in future trade agreements. The intention was and is to make it even easier to export American plastic waste to other countries.

Trump then stated that he would do everything in his power to prevent other countries from using the ocean as a dumping ground for waste. Referring to Asian countries, he said at the signing: ‘The bad news is it floats towards us’.

Trump clearly lives in a glass house, According to recent research up to a quarter of the plastic waste exported by the U.S. is dumped illegally and thus contributes enormously to the plastic soup.

LAW PUSHED THROUGH IN BARELY IN JUST A QUARTER

So, now there is a modified version, the Save Our Seas 2.0 Act. American NGOs reacted furiously to this. This law only looks at solutions for plastic waste after use. They sent an open letter to the U.S. Congress at the end of September when the law was dealt with there. The NGOs fear that plastic soup will even get worse because of this law.

For example, the law promotes research into the use of plastic in infrastructure (think of plastic in asphalt) and chemical recycling. It is feared that these ‘solutions’ will require a large and constant supply of plastic waste. And that fits in perfectly with Big Oil. The chemical industry has invested billions producing even more plastic from shale gas.

The letter had no result whatsoever. The law was adopted unanimously in Congress after a debate lasting less than fifteen minutes.

DISTRACTION FROM THE REAL PROBLEM

The law perfectly fits the policy that has been pursued by industry and government in recent decades. The emphasis is on recycling and cleaning up plastic, while plastic’s uninhibited production remains out of the question. Read the analysis in The Intercept.

The policy is often about measures that you cannot be against, but that distracts from the real problem. This strategy of distraction was depicted in the revealing documentary Plastic Wars.

The recent and thorough report Talking Trash describes distraction tactics that are frequently used, such as:

Read more
Americans contribute most to the plastic soup 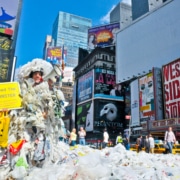 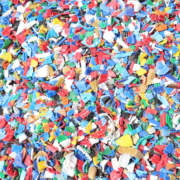 The big sly trick to get rid of plastic waste: pretend it’s fuel
Scroll to top
This site uses cookies. By continuing to browse the site, you are agreeing to our use of cookies. Learn more