You are here: News Dutchess of the Sea: crossing the ocean in a pink rowing boat

Dutchess of the Sea: crossing the ocean in a pink rowing boat

On December 12th, the Talisker Whiskey Atlantic Challenge will start. One of the most challenging rowing races there is. During this race, 21 teams row across the Atlantic Ocean: 4800 kilometers from the Canarian island La Gomera to the Caribbean island Antigua.

DUTCHESS OF THE SEA

One of the teams participating in this year’s adventure calls itself ‘Dutchess of the Sea.’ It’s a Dutch team consisting of four women from Deventer. Astrid Janse, Remke van Kleij, Bela Evers, Désirée Kranenburg, and their striking 8.5-meter long pink rowing boat Liberty will row across the ocean in alternating shifts of 2 hours rowing and 2 hours sleeping. Something no other Dutch women’s team has ever done before!

The journey itself is going to be a great achievement already, but the team also raises money for two charities: ALS Netherlands Foundation and the Plastic Soup Foundation.

During the Talisker Whiskey Atlantic Challenge, which is organized annually, up to 30 teams cross the ocean. The race brings together teams, each with their own story, but all with the same goal: crossing the ocean in a rowboat.

Two teams who participated in the race last year also chose to donate to the Plastic Soup Foundation. Kevin, Matt, Will, Chris, and Sam of ‘The Ocean 5’ broke the world record by rowing the Atlantic Ocean as the fastest team of five without any help. It only took them 23 days, 19 hours, and 50 minutes to cover approximately 4800 km. This British team raised around 60,000 euros. Belgian rower Carl Plasschaert, who competed on his own as ‘Team Maktub,’ has recently sold the boat he participated in and will soon announce the amount of money raised.

December 12th, the mental and physical journey for which the ‘Dutchess of the Sea’ have been training for years, will finally start. Plastic Soup Foundation is incredibly honored that they raise money for us. Our whole team wishes you good luck, and we will follow the adventure closely! Many thanks for supporting the Plastic Soup Foundation.

Would you like to follow the team as well? You can do this on the Facebook page of ‘Dutchess of the Sea’, on the website of the Talisker Whiskey Atlantic Challenge or with the app YB Tracking. 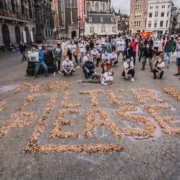 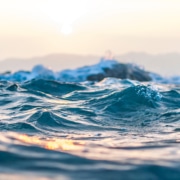 Thank you for your support in 2020!
Scroll to top