You are here: News Plastic Cigarette Filters Should Be Prohibited

Plastic Cigarette Filters Should Be Prohibited

Next year in July, the time will come, a number of plastic items will be banned. These are products that are often found in the environment and for which alternatives are available.

However, the cigarette butt, the item most commonly found polluting the environment and for which there is an alternative available, is not included.

As much as 60% of all waste items recorded in the Litterati-app are cigarette butts. The only thing that would help is a ban.

As of 3 July 2021, it is forbidden to sell certain plastic products according to the European Directive for disposable plastics (Single Use Plastic Directive). At the end of last month, State Secretary Veldhoven (D66) sent a letter to the House of Representatives announcing a pure implementation of the directive, i.e., doing precisely what Brussels requires. She also announced additional measures. Van Veldhoven will inform the House of Representatives about this in January.

Two articles under the SUP-directive cover the topic of cigarette filters with plastic. The first article concerns the obligation to indicate on the packaging that the filters contain plastic. The second makes tobacco manufacturers responsible for the cleanup costs of stray butts. For the calculation of these costs, the European Commission comes with a piece of guiding advice. The effective date is 5 January 2023 at the latest.

CALL FOR A BAN ON PLASTIC CIGARETTE FILTER

The Plastic Peuken Collective recently asked the government (via a letter to the members of the Circular Economy Committee in the Lower House) to ban cigarette filters containing harmful plastics and chemical substances.

A ban is obvious, not only because of the large quantities of cigarette butts that end up in the environment but also because plastic-free alternatives exist. Greenbutts is such an alternative. This company shows that filters can also be made that break down quickly and naturally.

The Plastic Cluck Collective has been in contact with the inventor of the Greenbutt. He claims to have spoken to all the major tobacco manufacturers, but none are interested in his biodegradable filter. It’s easy to guess why tobacco manufacturers don’t voluntarily switch to plastic-free filters. These are not only more expensive to make, but also because they make their own filters and add chemicals such as menthol and propylene glycol. When these (addictive) substances are omitted, typical brand properties disappear.

Tobacco manufacturers will simply include the cleaning costs they will have to pay in the cigarettes’ price. With the money, they can finance educational campaigns and place extra ashtrays in the public space. But will this reduce the number of stray cigarette butts in the environment?

There are so many cigarette butts that a 10% reduction, for example, is no solution. It is estimated that two billion butts are left on the street or in the environment every year in the Netherlands alone. From 31 August to 15 November 2020, volunteers collected and registered 191,866 cigarette butts as part of a special campaign. The figures in the Report plastic cigarette butts (by GoClean De Liemers and Litterati) show that real measures are indispensable.

Karl Beerenfenger of By the Ocean we Unite and initiator of the Plastic Peuken Collective: ‘Secretary of State Veldhoven writes in the letter to the Dutch Parliament that it is her ambition to reduce the plastic soup in the coming years. If she is really ambitious, she announces in January, as an extra measure, a ban in combination with the legal target to reduce the number of cigarette butts by 70% by the end of 2023. These are the only effective ways to tackle this huge source of plastic pollution’. 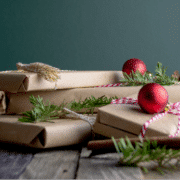 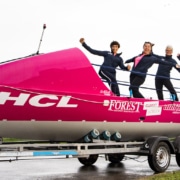 Dutchess of the Sea: crossing the ocean in a pink rowing boat
Scroll to top