You are here: News Cosmetics industry misleads consumers and government

In 2015, Cosmetics Europe called on its members to stop using plastic microbeads in personal care products. Three years later, the industry association proclaimed that after 2020, brands in Europe would not sell even a single personal care product containing microbeads. They promised that by 2020, pieces of plastic entering the environment via the shower drain would be a thing of the past.

High time to find out if this promise has been kept.

The interest group, which represents the European cosmetics industry, stated in May 2018 that the use of microbeads had already decreased by 97.6% between 2012-2017. This result showed — in its own words — that the industry was responding massively to the call to abandon the use of plastic microbeads voluntarily. By 2020, no personal care product containing microbeads could be purchased anymore.

The call was limited to plastic microbeads and did not cover the (many) other microplastics used in personal care products that are equally likely to enter the environment through wastewater. Cosmetics Europe’s call had also excluded microbeads from bioplastics, which do not degrade in the environment.

With this voluntary phase-out, Cosmetics Europe tried to avoid a legal ban. Their attempt succeeded to the extent that there is still no legislation in force. A European ban is expected in 2022. So until then, there are also no penalties for the use of plastic in cosmetics.

Cosmetics Europe also does not check whether its members comply with the phasing out of microbeads. There is every reason to doubt this, as shown by research recently published in the scientific journal Marine Pollution Bulletin.

MICROBEADS IN PERSONAL CARE PRODUCTS ARE NOT PHASED OUT AT ALL

Researchers analyzed scrub products in several countries. In Greece, 201 scrub products were examined, out of which 44 (21.9%) still contained plastic microbeads, most of them made of polyethylene. In Poland, the majority (52%) of 130 scrubs had plastic microbeads, even in 2019. And for Spain, the same was true for 43% of 68 scrubs surveyed in 2018.

Products touted as natural sometimes appear to contain both natural and plastic microbeads. For advertising purposes, some products list only the natural ingredient, such as apricot kernels. Only those who study the list of ingredients can find out that the same product also contains polyethylene. The researchers, therefore, speak of possible deceit.

LOOK FOR THE ZERO

A ban can offer a solution. But so far, this has only been implemented in a few countries. Moreover, the measures are different in each country and take effect at separate times.

The third way is for cosmetics companies to declare that their products are 100 percent plastic-free. As part of Look for the Zero, 108 companies have done so so far. As a consumer, you can be sure that a product does not contain microplastics if you buy a product from an affiliated ‘Zero Plastic Inside’ brand.

CHECK YOURSELF WITH THE APP FROM BEAT THE MICROBEAD

With the app from Beat the Microbead, which was renewed last year, consumers can check for themselves whether a personal care product contains microplastics. The app recognizes more than 500 different microplastics, in addition to more than four hundred questionable ingredients. Meanwhile, almost two million products have been scanned worldwide.

Beat the Microbead cosmetics database show that out of 450 scrubs, 67 contain microplastics, and 75 contain skeptical microplastics. Further, 137 products contain both microplastics and skeptical plastics. If a scrub product has polyethylene high on the ingredient list, it is almost always plastic microbeads. Plastic Soup Foundation launched the Beat the Microbead campaign in 2012 to tackle this issue, with more than a hundred NGOs worldwide affiliated. The campaign is still ongoing. 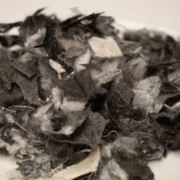 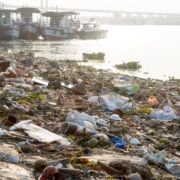 Multinationals keep the plastic soup alive through the Alliance to End Plastic...
Scroll to top