You are here: News Rijkswaterstaat must clean up non-functional ground cloth

‘I don’t understand how the contractors of Rijkswaterstaat get away with it’, says Kasper Heineke in the Dutch national newspaper NRC. Heineken encounters large quantities of ground cloth, also known as anti-root cloth and weed control fabric, along the floodplains of the river Waal.

Rijkswaterstaat, the Netherlands executive agency of the Ministry of Infrastructure and Water Management, uses the geotextile to strengthen banks and breakwaters. Ground cloth is also used against weeds. In the context of, among other things, the project Space for the rivers, many breakwaters have been demolished and the ground cloth is now emerging. But Rijkswaterstaat does not clean it up, because in their opinion ‘ground cloth is not waste’.

Rijkswaterstaat states that the geotextile fulfils a function and therefore cannot be called waste. At most, it can be seen as a case of overdue maintenance. Rijkswaterstaat acknowledges, however, that ground cloth eventually breaks down and leaves pieces of plastic in the environment.

As a partner in the Clean Rivers project, Rijkswaterstaat encourages the clean-up of litter on riverbanks. To this end, the Litter Collection Scheme has been created, in which the litter collected by volunteers is disposed of by the Rijkswaterstaat. But pieces of ground cloth are not included, even if you find them on hundreds of kilometres of riverbank, not just of the river Waal.

Rijkswaterstaat indicates some projects in which no conventional geotextile but ‘bio-based ground cloth’ is used: ‘After a few years, the biocloth breaks down into humus, which serves as an extra food for plants’. This sounds too good to be true, and it is. Manufacturer Natural Plastics hardly gives information about the mentioned biocloth. What material is it made of and which certificates apply? However, the company says in an explanatory note to Plastic Soup Foundation that biocloth prevents weed growth and that unlike ground cloth is laid on the bottom. It is therefore not a full alternative to ground cloth, as Rijkswaterstaat suggests.

Harmen Spek, Manager Innovations & Solutions at the Plastic Soup Foundation: ‘We cannot imagine that within three years, the humus-degradable ‘biocloth’ can perform the same functions as the geotextiles used by Rijkswaterstaat along the rivers. Geotextiles are often placed in the soil and below the waterline and must be able to withstand great forces. Rijkswaterstaat simply must clean up geotextiles that are no longer functional. After all, the fact that these do indeed produce plastic waste is a matter of fact.’

Photo Kasper Heineke, Pieces of ground cloth along the river Waal in 2018. 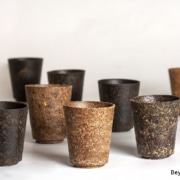 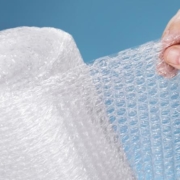 Sign the petition to Amazon: reduce the use of plastic!
Scroll to top