You are here: News Ban the export of plastic waste!

The plastics exported from the Netherlands are often plastics that are rejected for recycling. In countries with cheap labour, the plastics are separated by hand. The usable items are recycled there and the rest, estimated to be around 30%, is incinerated or illegally dumped. This creates huge environmental problems.

The Netherlands turns a blind eye because, on paper, there is nothing wrong.

The Treaty of Basel covers the international trade in dangerous substances. The signatory countries agreed additional rules governing the trade in plastics in 2019. Only clean plastic waste that can be recycled immediately may be traded freely across the world.

The new regulations give low-income countries the option to refuse unwanted plastic waste. The Human Environment and Transport Inspectorate (ILT) also says (in Dutch) that it can now monitor exports more easily.

However, the Pointer broadcast shows that the system has a lot of loopholes.

Enforcement is difficult because the containers do not always contain what is stated in their papers. A second problem is that the recipient recycling company, in Indonesia for example, may have the appropriate permits, but there is no way to check from the Netherlands if that plastic really is recycled by the company. In practice, it seems that plastic is often sold under the table to illegal recycling companies.

In the programme, the ILT admits that it is impossible to check where the exported plastic waste from the Netherlands ends up. Last summer, Interpol signalled a strong rise in the illegal trade in plastic waste.

Companies make plastic waste available for recycling in the Netherlands. If a plastics company is not approved because the plastic is too dirty or hard to separate, it is incinerated. The supplier has to pay for this though. It is thus too tempting for suppliers to sell plastics on to dealers, thereby earning some money instead of spending it.

As a dealer, you can simply register and then sell a lot of plastic on sites such as scrap.com. The buyers know plenty of tricks to avoid customs. The chance of being caught in the port of Antwerp, for example, is small (also read this article (in Dutch) by one of the investigative journalists).

VAN VELDHOVEN HAD PREVIOUS PLEADED FOR A BAN

In June 2019 at the G20, Secretary of State Van Veldhoven (D66 political party) advocated a ban on these exports. ‘Western countries should not be exporting plastic waste anymore. Not to Malaysia, not to Indonesia, not anywhere. We should be able to process our own plastic waste rather than shipping it to other parts of the world. We need to set down agreements to this end at the international level.’

Some of the benefits of making it obligatory for countries to process their own plastic waste are:

There is an exceptional opportunity this year to ban the export of plastic waste. The European Commission is reviewing the Waste Shipment Regulation.

Zero Waste Europe has come up with recommendations. PSF is calling on the Dutch Government to support these. 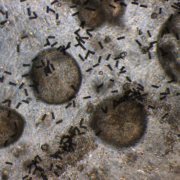