You are here: News Land (almost) in sight for Dutchess of the Sea!

Land (almost) in sight for Dutchess of the Sea!

Some people go to extremes in their love of the sea. For example, Désirée Kranenburg, Astrid Janse, Remke van Kleij and Bela Evers, four friends from Deventer, taking part in the world’s toughest rowing race: the Talisker Whisky Atlantic Challenge, covering some 5,000 kilometers across the Atlantic Ocean. And they have chosen Plastic Soup Foundation as one of the two charities for which they want to raise money with this monster race. They are almost there: just one hundred nautical miles to go.

On Saturday, December 12, 2020, the tough women departed from La Gomera, one of the Canary Islands. On Friday they are expected to finish around 19:00 Dutch time in Antigua, an island in the Caribbean Sea. They have now completed 52 days and are in 16th place.

‘A hell of a distance’

The four ocean rowers are reporting on their crossing via their website and various social media. On Facebook and Instagram, they post pictures of their life on board, show their blistered palms, and report about the whale that surfaced five times in a row on less than 100 meters from their boat in slow motion to disappear again into the depths. They also mention that they have already raised almost 63,000 euros of the total targeted sum of 65,000.

Désirée reported on day 50: ‘We’ve basically been “raking” for weeks now.’ And in an interview yesterday morning via satellite phone with Radio 2 in The Netherlands, she explained – remarkably cheerfully – how hard it had been: ‘You have Murphy’s Law, and I think he really has a severely depressed brother whom we’ve met because we had quite a lot of times where we thought: what possibly could have gone wrong, actually went wrong. And the weather wasn’t cooperating either, so at a certain moment, I thought: oh my, when is this finally gonna stop, and we still have a hell of a distance to go.’

Of the 55 participants in this edition of the contest, no less than ten are from the Netherlands. And of the total of eleven female participants, eight are Dutch. The other four Dutch women are participating under the name ‘Atlantic Dutchess’. They already finished after 43 days, 4 hours and 56 minutes of rowing, and came in first in the ladies’ classification, sixth in the racing class and sixth of the ‘fours’, and of course, the first Dutch ladies to have rowed across an ocean.

Last night, the Dutchess of the Sea passed the 5,000 km mark, leaving the women with ‘only’ about 100 nautical miles to go, or 185 kilometers. That doesn’t seem like much, but the race report says: ‘… these will be long and hard miles. The strong wind has turned to the southeast and in combination with the current from the same direction, the ladies are heading north. This situation will remain for now, their position is now north of Antigua. The ladies will have to compensate for this or risk “missing” the island.’

We at Plastic Soup Foundation are thinking of them and will row the last sea miles with ‘our’ team: the Dutchess of the Sea! 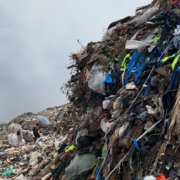 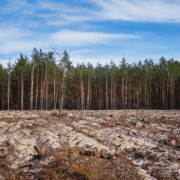 Make ‘ecocide’ a crime and give citizens a say in environmental...
Scroll to top