You are here: News Growing support for international plastic treaty

There is much agreement on the premise that the plastic soup is an environmental problem that can only be tackled internationally. The current approach is too fragmented, too discretional and, above all, ineffective.

The world’s environmental ministers come together once every couple of years. The fifth meeting was divided into two meetings. The decision must be taken at UNEA 5.2 whether there will be a special international treaty to deal with plastic pollution.

The UNEA 5.1 meeting – online because of Covid-19 – revolved around three environmental crises. Apart from waste and pollution, these were climate change and biodiversity loss.

At least 40 countries, including the 27 European Union countries and Russia, expressed their support for an international plastic treaty.

On behalf of the Netherlands, minister Van Veldhoven made a plea for the Plastic Pact, which would be a good means to address plastic pollution at international level. The big difference between an international plastic treaty and a Plastic Pact, however, is that the treaty entails obligations while the Plastic Pact is agreed voluntarily. There are no sanctions if the targets are not achieved.

EVEN THE BIGGEST POLLUTERS SUPPORT A TREATY

At the side meetings, even the biggest polluters per capita – the United States and the United Kingdom – expressed their support for an international plastic treaty. The United States in particular reinstated its international role under President Biden. A representative referred to recently passed legislation ‘with legal provision for negotiations for a new international treaty about plastic pollution in the sea’.

Read a summary about the growing support of the member states.

UNEA 5.2 will be held in February 2022 where an international agreement will be further discussed. The behind the scenes discussions that will be held over the next year will determine whether a vote can take place or not. There is a strong chance that it will come to a vote, especially because multinationals expressed their support in a manifesto last year that stated ‘We urge the member states of the United Nations to urgently commence negotiations on a treaty on plastic pollution’.

An international treaty is not discretionary. The areas that will be subject to legal obligations include:

Read more
The invisible threat: microplastics from your clothes 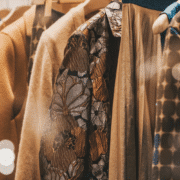 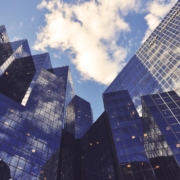