You are here: News Microplastics are a source of bacteria and threaten humans and animals

Biological pathogens and antibiotic-resistant bacteria can grow on microplastics. That this poses a potential danger for human and animal health has been known for a long time. But it now appears that a commonly used water purification technology is helping spread potential pathogens on microplastics. This worrying research was published in Journal of Hazardous Materials Letters.

Researchers at the New Jersey Institute of Technology examined wastewater treatment plants (WWTPs) and looked at the growth of bacteria on microplastics. After the water purification process, many microplastics are ending up in the surface water and are then spreading in the environment.

HOW DOES IT WORK?

Wastewater is purified in WWTPs before it is released into the surface water. The most common method of water purification is a biologically activated sludge system in which microorganisms purify the water.

The wastewater to be purified contains countless microplastics from households. These come from products like personal care products or from machine washed or dried synthetic clothing. The wastewater also contains a lot of pathogenic bacteria that are excreted by humans, for example.

However small the microplastics, all microplastics in water have a layer of life. This layer – the ‘plastisphere’ – consists of algae, bacteria and single-cell organisms. Given that microplastics stay in the environment for a very long time, they become a vector of transport in spreading the bacteria that live and form colonies on the microplastics.

Some of these bacteria can cause infections that, with increasing antibiotic resistance, are becoming ever more life threatening.

Bacteria feel at home in WWTPs and form colonies on the microplastics there. The research shows that microplastics act as a hub of both antibiotic resistant bacteria as well as other pathogens. Once in the surface water, the microplastics can further spread these bacteria.

The researchers analysed samples from three local WWTPs that use active sludge and compared them to sand samples. The microplastics with polyethylene (PE) and polystyrene (PS) in the active sludge had much more bacterial growth than the microplastics in the sand. Certain types of bacteria also appeared to promote the development of the plastisphere (or biofilm) containing pathogens and antibiotic resistance.

In October, check the new scientific breakthroughs that will be presented at our Plastic Health Summit. 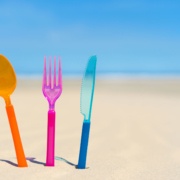 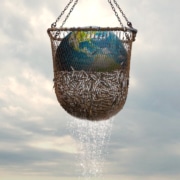