You are here: News Already, the industry is deviously trying to circumvent the new deposit scheme.

Already, the industry is deviously trying to circumvent the new deposit scheme.

Starting today in The Netherlands, you can turn in small plastic bottles for a 15-cent deposit. The environmental movement has finally won this battle after fighting for it for over twenty years. Great news because deposits are a true panacea in the fight against litter.

In countries such as Norway and Germany, thanks to deposit systems, almost all the used bottles are returned correctly. Imagine what this would mean for the Netherlands, where – according to the government – each year, 50 to 100 million bottles end up on the streets and in nature.

Unfortunately, the new deposit scheme is already being circumvented even before it comes into force.

The supermarkets and soft drink producers have managed to hold back the introduction of deposits for years. Alternative plans were presented that caused delays, reports were fiddled with, and Infrastructure and Water Management officials even appeared to be influenced.

DRINKS CARTONS AS A WAY TO AVOID DEPOSIT

Unfortunately, there are loopholes in the return system. A lobby from the business community has ensured that juices and dairy products are not subject to a deposit. Alternative packaging such as squeeze bags and drinking packs are also exempt, even though these packs are partially made of plastic.

In a jointly submitted ‘Zienswijze ontwerpregelgeving statiegeld’, environmental organizations warned two years ago not to make exceptions. It was feared that producers would switch to alternative beverage packaging to avoid paying a deposit. The positive effect of deposits on reducing litter and reducing the problem of the plastics soup would thus be lost.

This is exactly what we see now. At least two companies – Earth Water and Bar-le-Duc – have recently substituted plastic bottles of water for a drinking packet. In doing so, they are following the example of Unilever, which, through its B-Better brand, sells (flavored) water in nonrefundable drinking packages with a lot of sustainable boasts. This is a problem because drinking cartons are often found in litter and are also difficult to recycle because they consist of various adhesive materials. The use of these packages to avoid paying a deposit is, therefore, an alarming development.

In Germany, such evasive behavior prompted a tightening of the regulations last year. Since then, juices and dairy products have also been subject to deposits there. Therefore, we call on the (new) Dutch government to follow the German example and go a step further by including alternative drinks packaging such as drinks cartons in the deposit scheme. This will prevent companies from diverting to this kind of packaging to avoid paying a deposit, and we will ensure that as much packaging as possible is being recycled as effectively as possible.

There is growing support for an international plastics treaty. The question is now not if there will be one, but what agreements will it contain.

UV-328 is a toxic substance that the plastic industry often uses. A proposal to ban this substance under the Stockholm Convention is being challenged by industry. 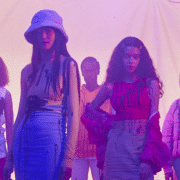 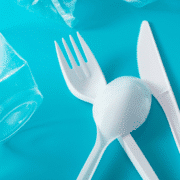