You are here: News Twenty companies are responsible for 50% of the disposable plastic

One third of all plastic is thrown away after one use. We also know that almost all plastic is made of crude oil and shale gas. What is new is that only 20 large companies worldwide produce more than half the polymers from which all disposable plastic is made. These large companies are keeping the plastic soup going as a huge proportion of that plastic ends up in the environment. They are doing this with the support and knowledge of large financial institutions. Twenty of the world’s biggest banks have lent an estimated USD 30 billion for the production of the polymers since 2011.

This new information comes from The Plastic Waste Makers Index by Minderoo, an Australian non-profit, and was compiled with researchers from the London School of Economics and the Stockholm Environment Institute.

According to the Plastic Waste Makers Index, twenty companies are responsible for more than half and one hundred companies responsible for 90% of all the disposable plastic worldwide. At 5.9%, ExxonMobil is the oil giant that produces the most polymers for single-use plastic such as Coca-Cola bottles, Mars wrappers and Unilever sachets. More than 98% of disposable plastic comes from fossil fuels. The Index shows which large oil companies – frequently state owned companies – produce polymers and which financial institutions finance that production. The ING Group is one of the banks assessed and found to be involved.

THE OIL INDUSTRY IS CLUTCHING AT STRAWS WITH PLASTIC

Up to now, the attention was largely focused on multinationals such as Coca-Cola and Unilever who sell products wrapped in plastic. But the cause of the plastic soup, states the report, must be sought at the oil and chemical giants that continuously produce cheap polymers for new plastic. Instead of reducing the production of plastic, the sector is investing billions of dollars to dramatically increase that production. One of the players is Shell in Pennsylvania. While the sale of other oil products is decreasing, these companies are pinning their hopes on earning significant amounts with plastic. The report asserts that there are hardly any policies for a change in direction.

Despite the ecological effects of increasing plastic pollution, the oil industry has had a free hand up to now. This is partly because many companies are in the hands of the state. Governments subject the sector to few regulations and look more at consumer behaviour and the processing of plastic waste than on reducing the production of new plastic. Minderoo points to the minimal willingness of these firms to turn the tide. An internationally binding treaty is thus needed to address plastic pollution.

Read more
What do people really know and want to know about plastic & health? 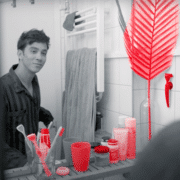