You are here: News Who decides what is in an international plastics treaty?

Current international agreements are completely inadequate to deal with plastic soup. This is giving rise to growing support for an international plastics treaty. The question is now not if there will be a treaty, but what agreements will it contain.

This is what transpired at UNEA-5.1 – the meeting in which environmental ministers from the UN member states jointly determine the world’s environmental policies – earlier this year. And last month, by endorsing the Oceans Day Plastic Pollution Declaration, no less than 79 countries showed that they are in favour of a treaty. In February 2022, a positive decision is likely to be taken at UNEA-5.2 and negotiations can start on a worldwide plastics treaty. But who will decide what will be included in that treaty?

The Global Plastics Treaty Dialogues started this year. This is an initiative of the Ocean Plastics Leadership Network, a private organisation that brings together environmental organisations, multinationals, and governments to discuss the plastics treaty. It will hold meetings in the run-up to UNEA-5.2. WWF and Greenpeace are among the environmental organisations involved. So far the discussions have not led to concrete proposals. Plastic Soup Foundation is also involved.

Last year, 30 multinationals, primarily food and beverage giants such as Coca-Cola, Unilever, and Nestlé, called all UN member states for a worldwide plastics treaty in a Manifesto. They too are part of the Ocean Plastics Leadership Network. Multinationals that sell their products in dozens of countries have to deal with national legislation that is different in every country. It would therefore be in their interest if there would be one standard international legislation.

However, this does not apply to plastic manufacturers such as Shell and INEOS, who have neither signed the manifesto nor are part of the Ocean Plastics Leadership Network. The producers of plastic for raw materials want to sell as much as they can and have invested billions of dollars over the years to achieve that growth.

Scientists and specialists from environmental organisations who have thoroughly studied the issue recently outlined an international plastic treaty in the leading journal Science. Plastic pollution is well past the stage of only being a problem for the ocean but manifests itself on land and in the air too. It now affects human health. They thus believe that a plastics treaty needs to incorporate the entire plastic chain and go beyond only waste and recycling to include production and reuse. They have identified three starting points.

The environmental organisations are working on a proposal, the Convention on Plastic Pollution. Towards a new global agreement to address plastic pollution, for the future structure of the plastics treaty.

HOW MUCH POWER DO PLASTIC MANUFACTURERS HAVE?

Two years ago, a few countries, led by the United States, blocked another UNEA resolution to address the plastic soup internationally. The petrochemical industry thus got its way. They pushed for the improved collection of plastic waste rather than for the reduction of plastic production. There is now a lot more support for an internationally binding treaty that addresses reduction.

THE INTERESTS OF THE ENVIRONMENT ACROSS THE WORLD MUST TAKE PRECEDENCE

Plastic manufacturers, including Shell, are unlikely to lobby the UN member states to reject an international plastics treaty but are likely to push for an insipid treaty based on voluntary action.

The crucial question now is whether member states again are swayed by economic interests or if they let worldwide environmental interests prevail and jointly work on a plastics treaty that has enforceable binding clauses.

Read more
Industry must not sabotage the ban on UV-328 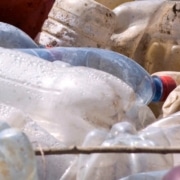 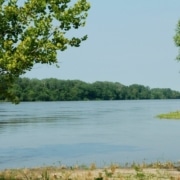