You are here: News Extremely high levels of dioxin in chicken eggs where plastic is incinerated in the open air

The eggs of chickens that range freely in places where plastic is incinerated have extremely high levels of dioxins. The norms that prevail in Europe are dramatically exceeded in low-income countries.

Researchers from the International Pollutants Elimination Network (IPEN) and the Czech NGO Arnika Association analysed chicken eggs for dioxins, PCBs, and some other persistent organic toxins (Persistent Organic Pollutants, POPs). They argue for a complete ban on the export of plastic waste.

The incineration of plastic in the open air releases carcinogenic substances, including dioxins and polychlorinated biphenyls (PCBs). The toxins accumulate in the fat in animal products such as meat, fish, milk, and eggs and end up in the food chain.

Consignments of plastic that are rejected for recycling in high-income countries find their way to low-income countries through online markets. The exported plastic waste is sorted out manually on location. What is not suitable for recycling is often incinerated or illegally dumped. In the revelatory broadcast (in Dutch) by the Dutch television series ‘Pointer’ earlier this year, Belgian waste expert Mike van Acoleyen explained how it worked.

“Buyers and sellers get in touch with each other on these online marketplaces. The waste goes to the cheapest solution. This is often in low-income countries and is often at the cost of labour conditions and environmental standards. The worse the circumstances, the cheaper the processing. We do not need to know the destination.”

Despite modified legislation (in Dutch) that allows polluted consignments to be rejected, a researcher at the Inspectie Leefomgeving en Transport (Human Environment and Transport Inspectorate, ILT) said in the show that there is no control over the ultimate destination of the exported plastic.

When it became clear how hazardous dioxins and persistent organic pollutants are for the environment and human health, many measures were taken to reduce their usage. These measures have reduced the level of dioxins in Europe by 10 times (in Dutch) compared to 30 years ago.

Brussels has set the standard for the maximum admissable amount in animal products. The eggs in shops have been tested for dioxins. Eggs from hobby poultry keepers fall outside this standard. They contain more dioxins on average as the chickens range freely and may peck at the polluted ground. But even these eggs are below the maximum allowed.

With no worldwide dioxin standard, the World Health Organization (WHO) and the United Nations Food and Agriculture Organization (FAO) compiled the Code of Practice for the Prevention and Reduction of Dioxin and Dioxin-like PCB Contamination in Foods and Feed. This acts as a guideline for authorities to take measures to prevent dioxins and PCBs. The first recommendation is to put an end to the uncontrolled incineration of waste, including the burning of landfills and the incineration of domestic waste. The Code of Practice is not obligatory and in practice, the responsible local governments are seldom able to prevent the uncontrolled incineration of plastic.

The researchers analysed the presence of dioxins and POPs in 36 eggs from 14 countries. Most of these countries import plastic waste from the West. This includes e-waste as well as plastic packaging. The eggs came from chickens that range freely in the vicinity of waste hotspots, that is, places, where plastic is used as fuel, is dumped, or is incinerated in the open air.

Incineration releases dioxins into the air and the chickens who wander around outside ingest polluted substances. According to the report that was published in June, almost all the eggs contained many more dioxins than are permitted in the European Union. In some places, you would even exceed the European limit by eating less than one egg a day.

The contaminated eggs are a clear indicator that toxins enter food chains when plastic is incinerated. One important recommendation by the researchers is therefore to ban the export of all plastic under the Basel Convention, the international treaty that regulates the transport of hazardous waste products. 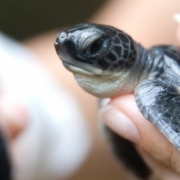 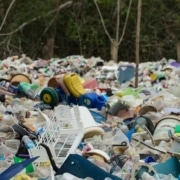