You are here: News Local rainstorms make the plastic soup even worse

All efforts to keep plastic out of the environment can be undone by natural disasters such as tsunamis and rainstorms. If the heavy rainfall of the last few weeks in Europe is a prediction of things to come, this is exceptionally bad news for the plastic soup.

That we will have heavier rain showers because of climate change is well known. The expectation now is that the showers will move more slowly than before. They will empty all their rain in one area and thus cause even more water damage. Slow-moving rainstorms over land will be fourteen times more common by the end of this century, predicts research in Geophysical Research Letters. The severe weather in mid-July in Germany, Belgium, and the Dutch province of Limburg is both an example of this and a portent of things to come.

In South Limburg, excess rainwater is collected in five hundred buffers. These were calculated to handle extreme rain showers that happen four times a century. They are not able to handle the situation that arose in mid-July. With the water that flowed in from Belgium, towns such as Valkenburg were covered by a huge water surge that no forecast had predicted.

An uncontrolled mass of surging water like that one sweeps everything in its path. When the water level drops, you can find anything and everything downstream: plastic flapping in bushes and furniture and rubbish bins on the banks. The devastation is huge and it takes months before the mess is cleared away at least to some degree.

Plastic pollution after rainstorms is mostly a problem in countries with limited or no amenities such as buffers and sewerage systems. International attention and research into the relationship between rainstorms and plastic soup are thus required. The most obvious solution for us is to drastically limit the production and usage of plastic.

Read more
Who decides what is in an international plastics treaty? 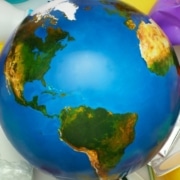 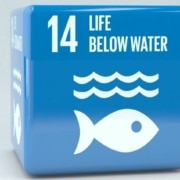 Three problems with the global sustainability goals in terms of the plastic...
Scroll to top