You are here: News How big will the effect of a deposit on bottles be this year?

Saturday 18th of September from 10:00 am throughout the Netherlands

On Saturday morning, 18th September at 10 am, our ambassador and 3FM-DJ Sander Hoogendoorn will depart with a boat and dozens of sups from the Bubble Barrier in the Westerdok in Amsterdam for a sup-cleanup in the Amsterdam canals. The participants will clean up litter while paddling. Once back at the starting point – the Westerdok – the collected litter will be analyzed.

For the City of Amsterdam, this is also the moment to follow up the campaign ‘Every day one.’ In this campaign, Amsterdammers are asked to clear away one piece of litter every day. According to the municipality, if a quarter of the Dutch did, there would be no more litter.

Plastic Soup Foundation has chosen Amsterdam as the location to kick off World Cleanup Day this year because it is the first major city in the world to sign a declaration of intent in 2019 – together with Plastic Soup Foundation and the World Wildlife Fund – to become ‘plastic smart.’ By 2030 Amsterdam wants to be a city without plastic pollution, and by 2023 there should already be 30 percent less plastic litter.

The event has grown steadily in the four years that Plastic Soup Foundation has organized the Dutch edition of World Cleanup Day. Litter is, therefore, on the top of the list of greatest annoyances every year. Last year on World Cleanup Day in the Netherlands, 39,324 participants took part in 2517 different actions.

Our interactive map shows the registrations and locations of the various cleanup actions. The rest of the world is also taking part. Last year there were 10 million participants in almost 170 countries, making it the largest cleanup campaign of the year.

THE IMPACT OF DEPOSITS

It is also remarkable that more and more organizations participate. For example, all 21 water boards of the Union of Water Boards participate, Staatsbosbeheer organizes a cleanup action in the urban forests of Almere, and a group of foresters will clean up the Brunssummerheide from Natuurmonumenten.

We are convinced that the deposit of 15 cents on plastic bottles, introduced on 1st July this year, will already be measurable. When tens of thousands of Dutch people start clearing up and registering litter on World Cleanup Day, it will become clear that plastic bottles – unlike all other years – have disappeared from the top 5 most frequently found items. And perhaps for the first time in years, the percentage of plastic in the litter will no longer be rising. Unless, of course, there are still too many old bottles lying around that cannot be returned.

Our optimism stems from the success of deposits around us; 97 – 99 percent of bottles and cans with a deposit are returned in Norway and Germany. So if a deposit on cans is introduced here too on 31st December 2022, then the following year, for the first time in years, Red Bull cans will no longer be the obvious “winner” of World Cleanup Day.

That is why there are many more packaging items on our deposit wish list. Fortunately, more and more producers are backing a return system. Today, for example, the Standing Committee on Infrastructure and Water Management will be presented with a petition to introduce a deposit for fruit juice and smoothie bottles. The new European directive for disposable plastic, the SUP Directive, will also see a shift in the amount and nature of litter in the coming years. Last year almost three-quarters of the items found were made of plastic:

Cleaning up is only one aspect of World Cleanup Day. Gathering knowledge is at least as necessary. That is why everyone is asked to tag all the waste found using the Litterati app. The Netherlands is one of the most passionate users of the app worldwide and is always in the top 3 of most active countries.

You name it; fanatical litter pickers have found a way to combine it with their usual daily activity. Plogging, for example, is a combination of the Swedish word plocka up (to pick up) and jogging. And plogging is done on foot. Some can even do it by bike. This year we are putting them all in the spotlight, like Fred Steenbergen in our Socutera spot.

ANOTHER SPECIAL DAY FOR SCHOOLS

To enable schools to participate, there will be a special schools edition again this year, on Wednesday 15th September. A special lesson has been developed, and all teachers are urged to go outside with their whole class and set an excellent example for the rest of the Netherlands. Naturally, this should be done in compliance with the applicable corona guidelines.

World Cleanup Day is supported by the Nationale Postcode Loterij, Nederland Schoon, and the Municipality of Amsterdam.

Earth Overshoot Day is the day the world has used up the resources for that year. There is also a Plastic Overshoot Day.

Read more
Are you a ‘Fred’? 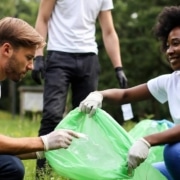 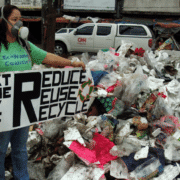 Only prevention will effectively decrease the amount of plastic food packag...
Scroll to top