You are here: News Is Coca-Cola ambitious enough about bottles of recycled plastic?

Is Coca-Cola ambitious enough about bottles of recycled plastic?

Coca-Cola Nederland announced big news last year: in 2021 almost all its PET bottles, small or large, would be made of 100% recycled plastic. The time has now come. The company claims (in Dutch) that this will reduce its CO2 emissions by 42% and that no new plastic will be used (apart from for the bottle caps). They say that this will save 10,000 tons of virgin plastic every year. This is now feasible thanks to the recent introduction of bottle deposits on small bottles.

It sounds wonderful but the reality is that Coca-Cola’s plastic use worldwide is still going up and the company is the world’s biggest polluter.

SUPPORT FOR BOTTLE DEPOSITS IN EUROPE, OPPOSITION OUTSIDE

It is just one year ago that Coca-Cola, Pepsi, and Nestlé expressed their support for bottle deposits in all European countries. The trigger was the SUP-Directive which requires 90% of all bottles to be collected in the EU by 2029. In the rest of the world, Coca-Cola frequently opposes the introduction of bottle deposit systems, concluded Talking Trash, a report published last year by the NGO Changing Markets.

Hopefully, Coca-Cola will explicitly support the introduction of bottle deposit systems worldwide and no longer boycott them so that other countries too can attain higher percentages of recyclates. But even if this would be the case, the problem of plastic pollution is far from solved.

Coca-Cola, with over 500 brands, is the largest drinks producer in the world. It sells its products in countless countries where waste is not collected and is dumped on a large scale. For the third consecutive year, Greenpeace has named Coca-Cola the world’s biggest polluter according to records of waste items found during clean-ups. In the meantime, Coca-Cola is making all sorts of promises.

THE REAL SOLUTION – REFILL – IS NOT AN OPTION FOR COCA-COLA

Coca-Cola produces about three tonnes of plastic every year which equates to 200,000 bottles a minute. Each individual bottle may end up in the environment. To avoid this, Coca-Cola must change its thinking from selling drinks in separate plastic bottles to selling it in refill systems. But Bea Perez, Head of Sustainability at Coca-Cola said at the World Economic Forum (2020) in Davos that this would never happen. And this is incredibly bad news for the plastic soup and the world.

Read more
On eco-anxiety and the usefulness of fear 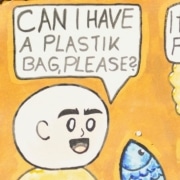 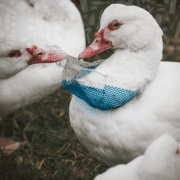