You are here: News POLLUTER UNILEVER SUPPORTS THE CLIMATE SUMMIT

Last month Unilever was proclaimed as the third largest polluter in the world. At the same time, the concern is supporting the Climate Summit in Glasgow as the host country’s ‘Principal Partner’. Unilever is acting as being concerned about the climate and presents itself as a sustainable multinational in its Climate Transition Action Plan.

Only a small amount of waste is collected in many countries. In these countries, Unilever’s packaging pollutes the soil, rivers and the sea. To get rid of the rubbish, it is incinerated in huge quantities in the open air and is even used as cooking fuel. This is not only extremely detrimental to the inhabitants’ health, but also emits greenhouse gases.

Unilever is making promises, but it allows this situation to continue.

This year Unilever is ranked third in the Brand Audit after Coca-Cola and PepsiCo. For the fourth year in a row, environmental organisations are counting the plastic packaging that is found during beach clean-ups. This year 11,000 volunteers cleaned up 330,493 items of packaging. Of these, 58% had a recognisable brand. A total of 6,079 Unilever items were registered in 30 countries. This outcome is hardly surprising given that Unilever sells products in plastic (mini)packaging around the world. Unilever was among the top 10 polluters in the last three Brand Audits, but this was the first time it is in third place.

ABOLISHING SINGLE-USE PLASTIC PACKAGING IS THE ONLY CHANCE

Abolishing single-use plastic packaging is the only way to reduce greenhouse gases and the plastic soup. But when India’s President Modi announced a ban on World Environment Day in 2018, it was immediately blocked by a lobby group representing Coca-Cola, PepsiCo and Hindustan Unilever Ltd. Unsurprisingly, the very same companies that were denounced as the three largest polluters this year.

Unilever’s Climate Transition Action Plan only dedicates only one page to plastic and other packaging. Shareholders read that Unilever is reducing its CO2 emissions by replacing recyclable materials such as metal, paper and glass by plastic. Among its goals are to make plastic better recyclable and to reduce the proportion of virgin plastic in packaging. Further, as the ‘only major global consumer goods company’, Unilever has announced its commitment to an ‘absolute plastics reduction across its portfolio’. More plastic packaging needs to be collected than bought and the concern is investing in improved collection and processing of waste.

But what the shareholders do not read are:

In its recent The Climate Emergency Unpacked report, Greenpeace pointed to the lack of transparency in Unilever about the calculation of emissions related to its plastic usage.

This accusation is not exclusively targeted at Unilever, but also at eight other multinationals that Greenpeace examined: Coca-Cola, PepsiCo, Nestlé, Mondelez, Danone, Colgate-Palmolive, Procter & Gamble and Mars. Unsurprisingly these multinationals are all in the top 10 of the Brand Audit. 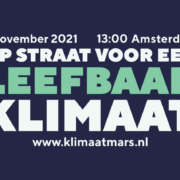 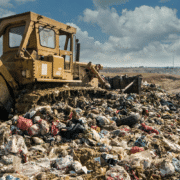