You are here: News ‘Neopelagic communities’: a new phenomenon in nature caused by the plastic soup

‘Neopelagic communities’: a new phenomenon in nature caused by the plastic soup

Animal species that live in coastal areas appear to be colonising and surviving on floating plastic in the middle of the ocean. These species can thus travel over thousands of kilometres to different ecosystems such as coastal zones elsewhere and disrupt them. They also compete for food with the species that already live in the middle of the ocean. The American researchers who flagged this phenomenon in Nature refer to them as ‘neopelagic communities’ – new communities living in the open ocean.

This discovery is not an isolated incident. There are several unexpected quasi natural phenomena caused by the plastic soup such as floating pyroplastics and a growing type of plastic crust.

CHARLES MOORE HAD ALREADY PREDICTED IT

In 1997, Captain Charles Moore had found plastic in the Pacific Ocean and came up with the term ‘plastic soup’. In 2014 he and a group of researchers went on an expedition to the middle of the Pacific Ocean. The team found a 15 metre long island of rubbish composed of buoys, rope and other plastic waste. It was dense enough to walk on. When he returned, Moore reported that this island was colonised by mussels, cockles, sea anemone and seaweed. These islands grow bigger as they pick up the rubbish that they come across while floating around. He then spoke the prophetic words ‘it is showing signs of permanence, there will be a new floating world in our oceans if we don’t stop polluting with plastics’.

Moore suspected that the floating island had been created from waste from the tsunami that hit Japan in 2011. Over a few year the waste had moved from Japan to the west coast of America, more than 6,000 kilometres away. Japanese coastal species were found on the American coast and on islands such as Hawaii. Biologists had not expected that this could happen, but it was an important indication that coastal species could survive in the middle of the ocean. This had previously not been, or not thought to be, possible.

NEW ECOSYSTEM IN THE OPEN OCEAN

That species can travel by rafting on floating wood has been known for a long time. But this is different with plastic. Plastic is everywhere. Floating, it can cover larger distances and can carry rafting species for longer periods of time – 10 years or more say the researchers. It has now been demonstrated that there are coastal species communities living permanently in the open ocean. In the article in Nature, the scientists say that little is yet known and more information is needed, such as:

Plasticrust: coast with a plastic coating

Conservative estimate: 136,000 tonnes of plastic escape from the ocean every year 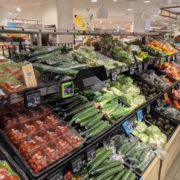 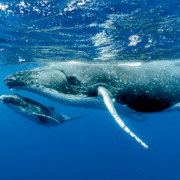