You are here: News Chemical cocktails in plastic are becoming an increasing health problem internationally

Governments should be extremely concerned about the toxicity of chemicals in plastic. Two IPEN (International Pollutants Elimination Network) studies examined pellets or nurdles, the raw materials used to manufacture all plastic products, for the presence of hazardous substances. One of the studies analysed nurdles that washed up on beaches across the world. The other study analysed the composition of nurdles that were produced from collected discarded plastic to serve as a raw material for recycled plastic. Both studies show that plastic is an important source of toxic chemical pollution.

IPEN’s research comes in the run up to the second part of the fifth session of the United Nations Environment Assembly – called UNEA 5.2 – at the end of February this year. The member states of the United Nations will meet next month to discuss an international plastic treaty with binding clauses. IPEN argues that the treaty should set standards on the use of chemicals in plastic and that these standards must apply to the whole plastic chain. In other words, from production through use to recycling.

It is estimated that more than 10,000 chemicals are added to plastics. Half of these are additives that give plastic the desired properties. Despite many of them being toxic, only a limited number are regulated by law. For example, it is not required to state the additives used on products. So beside the manufacturer, nobody actually knows what chemicals are used.

It may look like a good thing to put effort into recycling in the battle against plastic pollution, but as long as we do not know which hazardous chemicals are present in recycled plastic, using recycled plastic to produce other products is a dangerous strategy.

The first IPEN study, Plastic pellets found all over the world contain toxic chemicals, was carried out in collaboration with International Pellet Watch (IWP) in Tokyo. Nurdles were collected from 22 beaches around the world. These are manufacturing granules that are spilled in various ways, such as during transport, and end up in the sea. They were analysed for two groups of chemical substances: 10 benzotriazole UV (BUV) stabilisers and 13 types of polychlorinated biphenyls (PCBs). These were found in all the samples. The nurdles can spread the chemicals across large distances and the researchers believe they pose a health risk to humans and the environment.

The second study, Widespread chemical contamination of recycled plastic pellets globally, analysed nurdles from recycled plastic for the presence of 18 chemical additives. These were divided into three groups – 11 flame retardants, 1 BPA and 6 BUVs – of which 12 are proven to be hazardous for health. Nurdles were sold at 24 locations around the continents which were then analysed for these substances by the University of Prague.

All the samples contained at least one of these additives and 21 samples contained additives from all three groups. The research showed that chemical pollution caused by recycled plastic nurdles is widespread. The conclusion is clear: waste plastic is not suitable for use as a raw material in a circular economy.

RECOMMENDATIONS FOR THE INTERNATIONAL PLASTIC TREATY

Last October, Hugo Schally of the European Commission spoke about Europe’s position on a UN plastic treaty. He did this at the Plastic Health Summit that Plastic Soup Foundation organised for the second time. At the negotiations in February, the European Union will argue for a plastic treaty that:

Armed with both reports, the European Union can stand strong during the negotiations. This will be sorely needed.

Who protects us from toxic chemicals in recycled plastic?

Prohibit plastics? Use the term ‘essential use’! 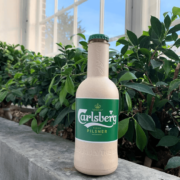 Scientists respond to the decision to designate BPA as a substance of very high...
Scroll to top