You are here: News What are the chances of a robust International Plastics Treaty?

The plastic crisis will take center-stage at the upcoming United Nations Environmental Assembly (UNEA). The question now is, how hard are member-states willing to fight for a robust and ambitious solution? Are we willing to preserve a living planet for younger generations in which plastic does not pose a threat?

UNEA’S NEXT MEETING IN FEBRUARY

From the 28th of February to the 2nd of March, 2022, the United Nations Environmental Assembly will once again take place in Nairobi, Kenya. Representatives from all 193 member-states will be present to make decisions on global environmental policies and set priorities for international environmental law.

The Environmental Assembly has met every two years since 2014. The Pandemic, however, has disrupted this rhythm. UNEA 5.1 took place online in early 2021 and addressed logistics, but not substance. UNEA 5.2 is where more substantive matters, such as a potential Plastics Treaty will be discussed. This session was meant to take place in-person, although the Omicron variant might disrupt this possibility. There will be approximately 28 resolutions for member-states to decide on, all in just 3 days.

In order for a treaty on plastics to be created, it must first be proposed in a draft resolution; this has been done by the governments of Rwanda and Peru at the Ministerial Conference on Marine Litter and Plastic Pollution, held in Geneva in September 2021. This Rwanda/Peru draft resolution proposes a global and legally binding mechanism to address the plastics crisis – a plastics treaty. More than 120 countries and hundreds of NGOs, the Plastic Soup Foundation included, applaud this resolution for its clarity, strength, and the inclusion of the human and environmental health element as well as its life-cycle approach.

If the resolution is adopted at UNEA 5.2, the process moves forward with the creation of an International Negotiating Committee (INC), which will create the text of such a treaty with input from stakeholders in science, policy, and advocacy. If all goes well, the potential INC could have a treaty drafted by the time UNEA 6 comes around.

MUCH WEAKER DRAFT RESOLUTION BY JAPAN

According to the Center for International Environmental Law and the Environmental Investigation Agency, Japan’s draft resolution is significantly weaker, focusing only on plastic litter specifically in the marine environment instead of the entire life-cycle of plastic. Its target areas furthermore focus on downstream solutions, instead of earlier stages such as raw material extraction and transportation. The adoption of such a treaty would have grave consequences for human rights and environmental justice because it would focus on the eyesore of litter rather than on the impact plastic has on the health of us all, especially those who are a part of vulnerable communities. It provides a loophole for industry and some states to continue to be negligent with the extraction, production, dissemination, and the disposal of plastic.

WHAT IS BEHIND JAPAN’S STRATEGY?

What could be the reason for Japan’s move? It is possible that the state’s establishment of the Osaka Blue Ocean Vision, which voluntarily commits G20 countries to reducing plastic pollution, has something to do with it. The Vision aims to tackle marine litter specifically, just like Japan’s Draft Resolution does. The achievement of the Vision’s goal, to reach net-zero marine plastic litter from entering the ocean by 2050, is based on voluntary (rather than binding) commitments from over 85 states, led by the G20.

The reason for a weaker draft resolution, following the example of a nonbinding Ocean Vision, could be to garner support from more conservative countries that want to focus on the uncontroversial issue pollution, but not the entire lifecycle and detrimental human and environmental health effects of plastic.

Ideally, an INC will commit to creating a binding treaty on plastics which focuses on both the human and environmental health elements of the plastic lifecycle, and not just on pollution and waste, which are at the end of the life cycle. The Plastic Soup Foundation therefore endorses the Rwanda/Peru resolution for adoption at the United Nations Environmental Assembly in 2022.

The Rwanda/Peru resolution has been co-sponsored by the 27 EU member-states, Chile, Colombia, Costa Rica, Ecuador, Guinea, Kenya, Madagascar, Norway, the Philippines, Senegal, Switzerland and Uganda. There is no clear picture yet of which states will support the Japan draft resolution.

Who decides what is in international plastics treaty 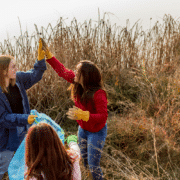 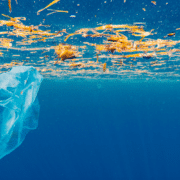