You are here: News HISTORIC MOMENT IN FIGHT AGAINST PLASTIC POLLUTION 

Yesterday, at the resumes session of the 5th UN Environment Assembly in Nairobi, the decision was taken to establish an intergovernmental commission to come up with an international, legally binding treaty against plastic pollution, including that of the seas and oceans. The text of the treaty should be ready by the end of 2024.

The UN Environment Assembly is concerned about the rapidly increasing plastic pollution, which poses a serious environmental problem worldwide and has a negative impact on the environment and the social and economic aspects of sustainable development. Microplastics are also cited as one of the sources of pollution with implications for human health and well-being.

Expectations on the eve of UNEA 5.2 were high. Inger Andersen, director of the United Nations Environment Programme (UNEP), at the time already spoke of a historic moment. She considers a possible plastic treaty to be the most important environmental treaty since the Paris Agreement in 2015.

Plastic Soup Foundation reacts optimistic, but cautiously so. Anna van der Vliet, research and advocacy officer at Plastic Soup Foundation and present at the UN summit, says: ‘We are joyous about the fact that the mandate calls for a binding treaty that also includes the marine environment. In addition, it is very important that attention is drawn to the workers in the informal sector, who earn their living by processing plastic waste and are exposed to toxic fumes on a daily basis.’

Maria Westerbos, director and founder of Plastic Soup Foundation: “The next two years will show whether countries are serious about tackling plastic pollution in the world. I hope so with all my heart. The health of the entire ecosystem is at stake, including our own.

In the run-up to the UN summit, the plastics industry, including ExxonMobil Corp, Royal Dutch Shell and Dow Inc, has publicly said it supports a treaty against plastic waste. However, research by Reuters shows that behind the scenes they have been busy lobbying to prevent a binding agreement restricting plastic production. In fact, the so-called Big Oil and chemical industries want to double plastic production over the next 20 years.

Van der Vliet: “We are proud of our joint efforts as members of the Break Free From Plastic movement and hope for a firm treaty. But we are only at the beginning with this victory. The real fight begins with the negotiations on the actual content. The devil is in the detail.’

Read more
Important report on the eve of the major UN summit: plastic and a circular economy... 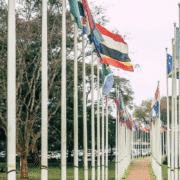 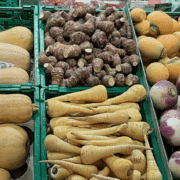 Plastic packaging does not stop food waste 
Scroll to top