A new report, in the possession of the Plastic Soup Foundation, shows that the Westerschelde is heavily polluted with ‘nurdles’, small plastic granules coming from the plastics industry. The report was written on the initiative of a Dutch civil servant and it again underlines that this type of plastic pollution is of great concern.

The publication of the report coincides with UNEA 5.2, the UN summit in Nairobi where discussions were held on a legally binding, worldwide treaty against plastic pollution. The whistle-blower’s research once again shows the urgent need to tackle the huge scale of plastic pollution around the world as quickly as possible before producing even more new plastic.

MILLIONS OF NURDLES IN NATURE

The report, which is based on months of research, maps hundreds of thousands of nurdles found outside in the environment and analyses the various wind and weather conditions, tides, sluices and the topography of the land to trace the origins of the plastic granules. Looking at the findings, the Plastic Soup Foundation estimates that in total millions of nurdles are involved.

In terms of the assumed sources of the nurdles, the report points to plastic producers in various locations, including Terneuzen and Antwerp, and to water purification plants along the south coast of the United Kingdom. Sewage plants in the United Kingdom use black “bio beads” to filter the water. These beads are transported to the North Sea by the Orwell and Stour Rivers and wash up in the Netherlands. Given the large quantities found by the researcher, it is likely that heavy rainfalls cause major leaks.

LEGAL STEPS AGAINST INEOS’ PROJECT ONE

The Plastic Soup Foundation calls the report explosive. Despite previous promises, the plastics industry still does little to prevent nurdle pollution and the government is lacking in terms of monitoring and enforcement.

Maria Westerbos, Director of the Plastic Soup Foundation: “This is yet another reason to say no to the plans that chemical giant INEOS has to build a new ethane cracker in the Port of Antwerpen and produce even more plastic.”

Now that it is clear how badly the Westerschelde is polluted with plastic granules, she believes that action must be taken to stop these leaks at the source immediately. Westerbos: “I call on Mark Harbers, Minister of Infrastructure and Water Management, to protect the nature and the environment in the Netherlands from this completely unnecessary pollution. Carry out your enforcement job in your country and urge your ministerial counterparts in Belgium and the UK to do the same.”

The World Wide Fund for Nature is also aware of the report. According to Oskar de Roos, plastic expert at WWF-NL, this report shows yet again that the Government must intervene. ‘Plastic pollution is taking on completely new forms. The current government plastic policy, based on voluntarism, is inadequate. The transition of the industry to a circular economy is going far too slow. This nurdle pollution is a direct effect of this.’

Read more
Come on EU! The massive dumping of discarded clothing in Ghana and Chile must... 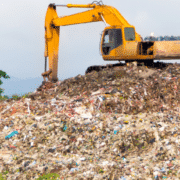 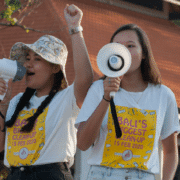