You are here: News The future of the refillable bottle is promising

The future of the refillable bottle is promising

The rapid introduction or reintroduction of the refillable bottle is an exceptionally good way to reduce the plastic soup. The number of bottles that would no longer disappear into the sea would be in the billions.

The revival of the refillable bottle appears to have started. The success of the ‘Universal Bottle’ in Brazil is a contributing factor, as is the fact that soft drink multinationals such as Coca-Cola are being held responsible for the pollution that they cause with their single-use PET bottles.

However, legislation is vital if the refillable bottle is to get off the ground.

REFILLABLE USED TO BE THE NORM

In times gone by, refillable bottles with a deposit were the norm. You handed in the empty bottles, they were cleaned, refilled and given a new label before going on sale. From the 1970s, refillable bottles were gradually replaced by PET bottles that could only be used once.

Refillable bottles are made of glass or PET. Glass bottles can be reused up to 50 times. For PET bottles this is 20 to 25 times. Refillable PET bottles are stronger and a bit heavier than single-use PET bottles. When they are no longer usable, they can still be recycled, just like the glass bottles. An additional advantage is that being highly reusable means that their CO2 footprint is lower than that of single-use bottles.

In 2018, several brands of Coca-Cola decided to introduce a Universal Bottle. Since then, many brands have used each other’s bottles to refill and sell and this has reduced costs. The Universal Bottle reduces plastic consumption by 90%. In 2019 in Brazil alone, 1.8 billion PET bottles did not need to be produced.

SAVING OF BILLIONS OF BOTTLES

What would it mean for the plastic soup if large soft drink multinationals such as Coca-Cola and Pepsi-Co would change to refillable bottles all over the world? The American NGO Oceana calculated this in a recently published report entitled Just one word: refillables. At present, between 21 and 34 billion bottles end up in the sea every year. If the worldwide percentage of refillable bottles would be 20%, this would reduce the flow of plastics into the plastic soup by 39% and avoid 8.1 to 13.5 billion bottles from disappearing into the sea. Just imagine how much this is.

Coca-Cola recently announced that it will sell at least 25% of its brands in refillable and returnable glass or plastic bottles by 2030. Whether this really will transpire we have to see as it is a pledge that the company is taking voluntarily.

The most effective course of action would be if governments would stimulate the use of refillable universal bottles through legislation. The striking difference in percentage between the Netherlands and Germany can be entirely explained by the lack of legislation in the Netherlands that encourages the reuse of bottles.

Some examples of legal measures that Oceana gives are: 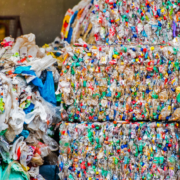 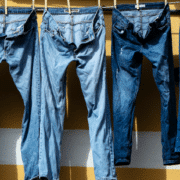