Plastic pollution manifests itself in nature in different ways. Scientists are starting to understand these new and unexpected ‘natural phenomena’. How do they arise? Are they interconnected? How do they influence each other? How do they impact the environment?

One such unexpected phenomenon is a new type of stone formed from melted plastic. Another is floating plastic stones. And then there are the plastic crusts that grow on objects.

When melted plastic adheres to stone or coral, it gives rise to a new type of rock. This happens in places where plastic is incinerated in the open air. When geologists discovered this ‘rock’ on a beach in Hawaii, it was given the name plastiglomerate in 2014. The chunks were formed by campfires, lava flows and forest fires. Plastiglomerate is heavy, adheres to the substrate it formed on, and once in the water, immediately sinks to the bottom.

In 2019, floating stones of plastic were discovered off the coast of the United Kingdom. These were pyroplastics. These are chunks of burned plastic that are smoothed by erosion and are barely distinguishable. Pyroplastics sink rather than float, travel huge distances and wash up somewhere.

Plastiglomerate and pyroplastics have also been studied in Italy and Japan and the analysis shows that they consist of polyethylene (PE), polypropylene (PP) and polyethylene terephthalate (PET). These are plastics that are used in the products and packaging that we use every day.

Nowhere in the world are these types of plastic pollution systematically recorded so the scale is not known.

Another phenomenon was discovered on the coast of Madeira in 2016: plastic crust. Waves and wind leave microplastics behind stones on coastlines. Over time, these particles form crusts on the rocks which get bigger every year. Plastic crusts consist of PE, the material that a lot of packaging is made of. The microplastics are the product of fragmented larger pieces of plastic in the sea. The phenomenon was later also observed in Italy.

Pyroplastics can also form these crusts. The ‘floating stones’ are brittle and they are moved around pebble beaches with great force. Previous research shows that this causes them to break up into microplastics and nanoplastics. The researchers believe that pebble beaches are more likely to promote the formation of microplastics than sandy beaches. 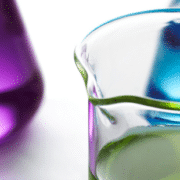 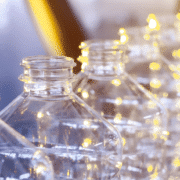