You are here: News Breakthrough: Europe plans to ban thousands of hazardous chemicals 

Promises must be lived up to. In its Chemicals Strategy for Sustainability of October 2020, part of the European Green Deal, the European Commission pledged to protect the environment by progressing the use of safe chemicals and banning the most hazardous chemicals. That promise is now being met. The Restriction Roadmap states that thousands of the most hazardous substances will be banned by 2030. This includes frequently used additives for plastic and PVC.

Environmental organisations have pushed for this for a long time and are reacting positively. Worldwide this is the most ambitious approach to banning dangerous chemicals which includes hormone disrupting substances, fire retardants and all PFAS.

A different approach for each group of chemicals

To date, each chemical substance was individually assessed for admittance into the European Union. This approach could not keep pace with developments. Not only did it involve long procedures, but industry develops different chemical substances all the time.

Take bisphenol A (BPA) for example. It is a well known hormone disrupting substance that is used in a lot of plastic products such as plastic bottles, electronics, toys and receipts. After the European Union classified BPA as a toxic substance in 2016 and banned its use in baby bottles, manufacturers started using alternative substances that had similar qualities as BPA, but which just fell outside the legislation such as bisphenol S (BPS), bisphenol F (BPF) and bisphenol HPF (BHPF).

The call to regulate the related chemicals as one group in one go instead of individually grew strongly in the last few years. The EU has not opted to adopt a group approach to better handle the most problematic substances

Still a long way to go

The Roadmap should be seen as a political objective and its approach is supported by the member states. In itself, the Roadmap does not, however, guarantee that the contentious chemicals really will be banned. There will be long procedures to evaluate the restrictions which will give manufacturers all sorts of openings to resist them.

A ban will have a major impact on the chemical industry so strong resistance is to be expected. The chemical industry will undoubtedly go to court to try to prevent or delay a ban on certain substances, as PlasticsEurope unsuccessfully tried to do through the European Court to prevent BPA from being classified as a substance of very high concern. 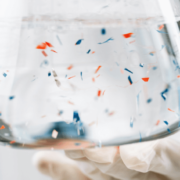 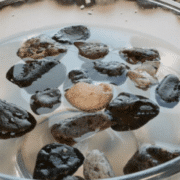