You are here: News European supermarkets under fire in new research 

Supermarkets’ plastic policy is under fire. This week the Under wraps? What Europe’s supermarkets aren’t telling us about plastic report published by the Break Free From Plastic movement concluded that there is a huge lack of ambition among large European supermarket chains to reduce their use of plastic.

As a major source of the plastic soup, supermarkets are instrumental in reducing plastic packaging. The report shows that the sector is characterised by a lack of transparency and the tendency to keep measures under wraps, such as the introduction of a deposit system.

The supermarkets that did respond were not even able to supply the most basic information. And where there is no information, it is impossible to measure progress. The information requested included:

Many chains are members of a national Plastic Pact and some have signed the Ellen MacArthur Foundation’s (EMF) New Plastic Economy Global Commitment. These are organisations that cannot impose sanctions if members do not achieve the goals to which they committed themselves. Some supermarkets point to their annual reports that they submit to the EMF, while these are not made public.

The report labels the membership of these organisations as mostly a tactic to have the public believe that they are implementing a serious plastic policy and to have a conscious strategy in place to avoid regulation by authorities.

SINGLE-USE PLASTIC IS UNFORTUNATELY THE NORM

Recycling instead of reduction is the most important strategy that the supermarkets have adopted. What this means is that all packaging can be recycled. However, prevention and reuse should be the leading strategies. Only a very small number of supermarkets appear to put any serious efforts into reducing their single-use plastic and other packaging materials by transitioning to systems for reuse.

Among the recommendations of the report are:

Plastic does not stop food waste 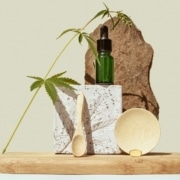 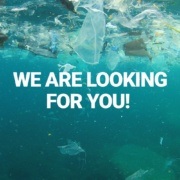