You are here: News ING major financier of new plastic production in Belgium

The ING Bank is putting hundreds of millions into the building of new plastic production factories in the Port of Antwerp. This will keep climate change going and runs counter to its policy to reduce its plastic consumption.

Between 2016 and 2021, INEOS and Borealis invested almost EUR 3 billion in expanding their plastic production. Of all the banks in Belgium, ING was the biggest financier. Research by FairFin estimates that of the EUR 987 million invested by ING, EUR 905 million will go to INEOS and EUR 82 to Borealis.

The new INEOS and Borealis factories will continue to produce plastic for decades to come. Much of that is disposable plastic packaging, the biggest contributor to the plastic soup. The energy-intensive production of plastic from fossil fuels, including shale gas, is contributing to climate change and plastic pollution. FairFin is calling on the banks to take their responsibility and stop the flow of money to new plastic.

Plastic production in Antwerp involves importing ethane gas, a residual product of shale gas, by ship from the United States. INEOS’ ethane crackers convert the gas into ethylene, the basic raw material used to make new plastics such as polyethylene. INEOS is thus producing the building blocks of plastic from shale gas in Antwerp. This will create a huge supply of cheap single use packaging plastic. For years and years.

Shale gas is contentious in many ways. For this reason, ING has an investment policy for shale gas. The bank says that it does not finance the mining, exploration and upgrading of shale gas in Europe. But apparently it is not a problem if the imported by-product of shale gas is processed into plastic in Europe.

PLASTIC IS THE NEW COAL

In Paris in 2015, the world agreed to limit global warming to two degrees and to do everything it can to keep it under 1.5 degrees. ING committed to this too and joined the Net-Zero Banking Alliance in 2021. The bank claims that its financing has ‘the most positive impact on climate action’ and that ‘hundreds of billions of euros’ in the bank’s loan book are being steered ‘towards meeting net-zero climate goals’.

How do these claims compare to investments in new plastic? There is no doubt that plastic is contributing to the climate crisis, as the United Nations states in a report. The research, The new coal: plastics and climate change, shows the emissions of each link in the plastic chain. In this case it concerns extracting shale gas, transporting ethane gas overseas, converting it to ethylene, producing plastic granules, transporting them to the producer or converter, and finally the incineration of discarded plastic. An undeniably long chain of processes with a major climate impact.

In 2019, ING published its position on plastic in which it explains to its readers that Europe is battling single-use plastics to reduce plastic pollution. ING also joined the Ellen MacArthur Foundation’s New Plastics Economy and shares the vision of a circular economy. To reduce plastic waste and pollution, the percentage of recycled plastic should be scaled up to 25% by 2025. The bank announced that it intends to enter relationships with clients to move circularity forward: ‘We believe that all parties in the chain of supply and demand should take responsibility to rethink the way we currently produce and use plastics’. This statement has not been changed since 2019.

Reducing the use of single-use plastic, however, is limited to ING’s own offices. Which is exactly what Borealis is doing too. It says that is has replaced all plastic single-use cups with reusable cups, thereby saving four tonnes of plastic. In its report, FairFin has calculated what this means: a saving of 0.00007% compared to Borealis’ own plastic production.

EXPANDING PLASTIC PRODUCTION DOES NOT FIT IN A CIRCULAR ECONOMY

The circularity argued for by ING is not helped by expanding the plastic production through extra financing. Future generations will be saddled with even more plastic in a world that is already awash with plastic and chemicals, while scientists say that the planetary boundary (what the earth can withstand) is already passed. To achieve the goals of a circular plastic economy, a strong reduction in plastic production is needed.

In 2019, the Dutch Fair Bank Guide published Plastic Finance with Plastic Soup Foundation. This research showed that since 2010, ING has invested at least USD 3.9 billion in shale gas and plastic production. It was then already proved that the bank claims to be concerned about the plastic soup on the one hand, but continues to invest in new plastic production on the other. The bank is missing a serious plastic policy, including a check on investments in plastic such as the ASN Bank (in Dutch) has.

Plastic Soup Foundation stands completely behind the call of FairFin and calls ING and other banks to stop the flow of money to new plastic.

ING finances the plastic soup with billions of dollars 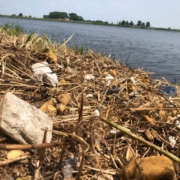 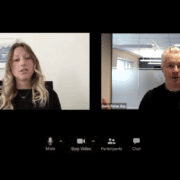 EXPERTS APPLAUD EU FOR UPCOMING LEGISLATION, BUT INSIST ALL MICROPLASTICS SHOULD...
Scroll to top