Lawyers at ClientEarth, together with 13 NGOs, have taken the Flemish authorities to court to block petrochemicals giant INEOS’ plastics project, its biggest ever investment, in the Port of Antwerp, Belgium.

This action is the culmination of a sustained legal battle by the groups against INEOS’ ‘Project One’ – a €3 billion project which would be built beside a protected nature site and convert fossil gas into ethylene, one of the building blocks of plastic.

INEOS has so far failed to present an adequate assessment of how the project would impact the climate, nature and surrounding air quality – all of which are likely to suffer significantly if the project goes ahead. The lawsuit argues that the Flemish authorities approved the project without first fully assessing its impacts – making the approval illegal according to EU and national laws.

“These projects not only have devastating local environmental and climate impacts, but also global consequences. The plastics that these projects help produce emit carbon dioxide at each stage of their lifecycle. It’s this ‘slow-burn’ factor of plastics that continues to go unaccounted for.

“Instead of putting a stop to this hugely destructive and unnecessary project, the authorities have welcomed it. As they have failed to acknowledge or share the inevitable repercussions of Project One, we’re left with no choice but to take the project to court and have its approval overruled once and for all.”

The groups also argue that the impacts of nitrogen pollution, which would be emitted by Project One, continue to be severely underestimated. Flanders’ levels of nitrogen far exceed the recommended safe levels, which can have severe impacts on the environment and people’s health. The situation would get even worse if Project One goes ahead.

Bond Beter Leefmilieu policy & projects coordinator Benjamin Clarysse said: “In light of the nitrogen crisis we are currently facing in Flanders and the heavily debated implications for Flemish agriculture, it is not justifiable for INEOS to bring another nitrogen-polluting development to our region. The cumulative health impacts of Project One have been inadequately investigated and major gaps remain in the assessment of the impact of nitrogen emissions.

“But the problems do not stop there. This pollution, as well as other emissions from cracking fossil ethane gas which will be the project’s feedstock, will severely detaeriorate the surrounding air quality, putting people’s health at further risk.”

The local and cross-border ramifications of a likely increase in the Port’s plastic pellet pollution, which would be fuelled by Project One, have also not been fully assessed.

A report published earlier this year showed that the Western Scheldt in the Netherlands is already heavily polluted with plastic pellets, many of which come from producers in Antwerp. Following the report, the Dutch Parliament adopted a motion to investigate the reduction of pellet pollution in the Western Scheldt as well as a motion to make ‘firm agreements’ with the Flemish authorities.

Maria Westerbos, Director of Plastic Soup Foundation said: “Existing plants in the Port are already leaking plastic pellets, which not only have dire consequences for local habitats, wildlife and human health, but also impact the Netherlands. The repercussions of failing to address these problems are already visible along both countries’ shores and would only be made worse if Project One goes ahead.

“We demand Belgian and Dutch authorities do their duty to protect us and the environment, and stop Project One, because plastic pollution does not stop at the border.”

MORE INFORMATION ABOUT THIS LAWSUIT

The groups’ legal action will be communicated to the Environmental Ministry of Flanders, with a hearing eventually taking place before the Council of Permit Disputes, known as the Raad Voor Vergunningsbetwistingen in Dutch.

Last month, the Environmental Ministry of Flanders dismissed the groups’ appeal against the decision to approve INEOS’ Project One permit.

The new permit is INEOS’ fresh attempt to get the project signed off after first cutting the project in half before deciding to drop its initial permit altogether last year. Prior to this decision, the environmental groups had challenged and successfully blocked INEOS’ first permit for the €3 billion project.

ClientEarth and its partners have consistently taken legal action against INEOS’ permitting procedure, arguing that the Flemish authorities failed to fully assess the environmental impacts of the expansion – a clear breach of EU and national laws. The groups’ initial legal case delayed the project by over a year.

Up to 167,000 tonnes of pre-production plastic pellets – the raw materials for manufacturing plastics, known as ‘nurdles’ – are estimated to leak into the environment in Europe every year. This makes pellets the second largest source of primary microplastic pollution.

The Port of Antwerp is immediately beside a Natura 2000 site, assigned by the EU to protect habitats and wildlife. Existing plastics plants in the port are already leaking nurdles, which build up in the soil and can be carried downstream. These gravely compromise habitats and threaten endangered bird species as they frequently eat the pellets shaped like eggs.

The problem is also not restricted to Belgium. Due to its location on the national border, the environmental effects of Project One will likely impact the Netherlands. Earlier this year, Plastic Soup Foundation published a report by a whistleblower which showed that the Western Scheldt is already heavily polluted with plastic nurdles, many of which come from producers in Antwerp.

According to the World Health Organization (WHO) in 2020 and the Flemish Environment Agency (Vlaamse Milieumaatschappij), Flanders’ levels of nitrogen far exceed the recommended safe levels, which can have severe impacts on the environment and people’s health. Project One will further exacerbate the region’s nitrogen pollution problem as one of the byproducts of burning fossil fuels is nitrogen.

Plastic production is the largest driver of petrochemicals, which are derived from oil and gas. Petrochemical companies are therefore key drivers of the global fossil fuel demand, as they use the derivatives of fossil fuels to primarily make plastics.

A recent report by FairFin revealed that several of the world’s biggest international banks have collectively invested almost €22 billion in just two petrochemical companies – INEOS and Borealis – over the past five years, exposing themselves to significant financial risk.

According to INEOS’ Environmental Impact Assessment for Project One, about 90% of the ethylene production worldwide is for plastic applications. According to the Institute for Energy Economics and Financial Analysis (IEEFA), approximately 63% of the global production of ethylene can be linked to the production of plastic that aligns very closely with the definition of single-use plastics.

A report by Material Economics observed that plastics operate like a slow-burn combustion system as it releases carbon emissions at each stage of its life cycle. According to the report, even with a high recycling rate of 70% (against less than 10% today), some two-thirds of the carbon would be released as CO2 to the atmosphere within 15 years.

A recent analysis by IEEFA, also shows the existential risks facing Project One. The briefing questions the viability of the project by identifying a series of weak financial conditions that it faces if it were to go ahead.

Tatiana Luján is a Colombian-qualified lawyer. 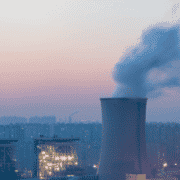 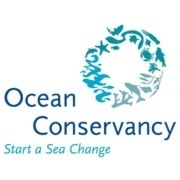 Mea culpa from Ocean Conservancy for its influential 2015 report. Who will be...
Scroll to top