You are here: News Tar balls with plastic: a new type of plastic pollution

A new type of plastic pollution has yet again been discovered: plastitar. It involves a combination of two known types of pollution – washed up tar balls (lumps of solidified crude oil also called ‘pitch’) and plastic floating in the sea. The plastic mixes with the tar that then attaches to rocks on the coast. This phenomenon was discovered on the Canary Islands and described in the Science of The Total Environment journal.

Other forms of plastic pollution shaped like semi-natural phenomena, such as plastiglomerate, plastic crust and pyroplastics, were already known.

Lumps of tar are regularly found on beaches, including in the Netherlands. These are washed up, solidified chunks of crude oil from ships. The discharged crude oil, often dumped illegally, partly evaporates and the rest clumps together and forms lumps of tar. In the Canary Islands, these lumps attach permanently to the rocks. In some areas, half the coastline is covered with a layer of these lumps. Spanish scientists saw coloured particles in the sun-hardened tar. These turned out to be various types of microplastics contained in the tar: pieces of plastic, nurdles, rope and other fragments.

The researchers analysed the pieces of plastic. The most common form of plastic was polyethylene. This is hardly surprising as it is the most common type of plastic and floats in water. Polyethylene packaging that finds it way to the sea breaks down into ever smaller pieces. Some of them are thus caught in the lumps of tar formed at sea.

Plastic crust too is mostly made of polyethylene. First discovered on Madeira, plastic crust is formed by microplastics that wash up on the rocky coastline and form layers of plastic that grow over the years.

The researchers call their discovery plastitar. They urge the effects of plastitar on the environment be studied further. In the sun, the layers of tar become hotter than the surrounding rocks and that can affect the organisms that live there. Another potential effect is the leakage of the chemicals contained in both the tar balls and the pieces of plastic which could be highly toxic for aquatic organisms.

Read more
The Sustainable Development Goals seem to be out of reach because of the continued... 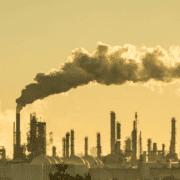 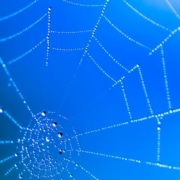