INCREASING NUMBER OF SCIENTIFIC STUDIES PROVE THAT SYNTHETIC FIBRES CAUSE CHRONIC LUNG INFECTIONS AND INTESTINAL DISEASES, AMONG OTHER THINGS

Synthetic fibres are the largest source of microplastics in the oceans. According to 2017 research, as many as 35% of all marine microplastics come from synthetic textiles. And that will only increase. Indeed, global production of clothing has doubled in the past 20 years. And currently, nearly 70% of all clothing is already made from some form of plastic, such as polyester, nylon, acrylic or polyamide.

Plastic Soup Foundation is concerned about this increase, pointing out not only its impact on the environment, but also on human health. For example, more than one-third of indoor dust consists of microplastics derived from textiles. Therefore, the organization is launching the Plastic Fashion campaign on November 1.

This campaign aims to have the clothing industry produce better quality clothing that loses 50% less plastic fibres in 5 years.

Maria Westerbos, director of Plastic Soup Foundation: ‘It should be forbidden to market clothes that wear out so quickly and lose so much fibre that after five washes they look a lot like the emperor’s new clothes. It is time to see fast fashion for what it is: a revenue model for the oil and clothing industry and a danger to the environment and our health.’

A poll commissioned by Plastic Soup Foundation among more than 1,300 respondents shows that nearly half of them are already aware of scientists’ concerns about inhaling plastic clothing fibres and their accumulation in the lungs. But only one in three know that the risks to small children are even greater. Because little ones crawl on the ground and put everything in their mouths, they inhale twice as many plastic fibres as adults and swallow up to 12 times as many.

The poll above also shows that 74 percent of Dutch people are angered by the poor quality of fast-fashion clothing. A large majority, 62%, think the industry should be required by politicians to produce clothes that last a long time and lose as little plastic microfibre as possible. Only 6% of the Dutch think that the clothing industry should not have to consider the environment or human health.

What do we already know about health risks?

The fact that we literally breathe in our own clothes raises the question of what effect synthetic fibres have on our lungs. That’s why Plastic Soup Foundation is also publishing the report Do Clothes make us sick? Fashion, Fibres and Human Health.

This report provides an overview of all the effects of plastic microfibres on various organs and the immune system scientifically established to date. In 2021 and 2022 alone, over 400 publications have been published on the health effects of microplastics.

For example, once inhaled, synthetic fibres can cause chronic inflammation in the lungs, which is known to be a major cause of diseases such as cancer, heart disease, asthma and diabetes. There is also a clear link between high exposure to nylon fibres and two types of irritable bowel diseases (Crohn’s disease and ulcerative colitis).

One of the report’s referees is Prof. Dr. Barbro Melgert, who is researching the health effects of microplastics on human lungs at the University of Groningen. Melgert: “It is worrying that especially children, because their lungs are still developing, inhale twice as many plastic fibres as adults. In fact, our research has shown that young lung cells are inhibited in their development by nylon fibres, for example.’

By the way, it is no longer only environmental organizations that are sounding the alarm about the dangers of micro and nanoplastics. The World Health Organization has also been researching their effects on the human body since 2019.

Read the summary of the report.

The helm of the apparel industry and consumers must change

In March of this year, the European Commission expressed its ambition to make the textile industry significantly more sustainable by 2030. The Commission announced the taking measures to prevent and reduce the loss of synthetic fibres by the end of 2022.

With this strategy for sustainable and circular textiles, the EU aims, among other things, to ensure that consumers benefit from high-quality and affordable textiles for longer. The EU Sustainable and Circular Textiles Strategy states that fast fashion needs to get out of fashion, re-use and repair services need to be established, and producers need to take responsibility for the entire value chain of their products, even once they become waste.

Plastic Soup Foundation hopes that it will not stop at nice words, but that the EU will move to strict regulations. The new campaign addresses not only the fashion industry but also consumers. Since today, a guide is online full of advice for more environmentally friendly shopping, washing tips to reduce fibre loss and suggestions to address the fast fashion industry themselves. 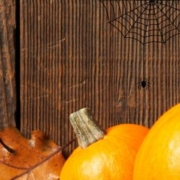 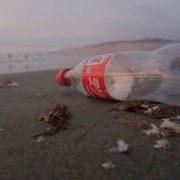