You are here: News Plastic Fashion Campaign: The Initial Findings

Almost 70% of all clothing is made of plastic. These items are often thrown away after being worn only 7 times. These poorly manufactured plastic clothes create enormous plastic pollution. This must change. This is why we launched our new ‘Plastic Fashion’ campaign at the beginning of November. We list the initial findings.

Fast fashion is cheap clothing that is not intended to last. The clothing is often made of cheap plastic materials such as polyester, acrylic and nylon. During manufacturing, wearing and washing, the plastic fabric releases microfibres. The textile industry causes 35% of the microplastic pollution in our oceans and as such, is the largest polluter.

We want our Plastic Fashion campaign to put an end to this huge cause of plastic pollution. We address the industry to take responsibility for this problem. We also inform consumers about the effects of microplastic pollution and give them tools to make conscious choices. Finally, we inform and encourage policymakers to pass strict laws that force the clothing industry to stop plastic microfibre pollution.

We published the ‘Do clothes make us sick? Fashion, fibres and human health’ report on 1 November in which scientific research into the effects of microplastic fibres on human health is explained. In a survey that was run on the same day, it transpired that a good 74% of people in the Netherlands are angry about the poor quality of fast fashion clothing. We also made a free guide available to help consumers make more conscious choices.

MORE PEOPLE AWARE OF THE PROBLEM

Many people do not know that almost 70% of all clothing is made of plastic. It is also unclear what consumers themselves can do to stop microplastic pollution from clothing.

Since the campaign was launched, we have reached millions of people around the world with our message. And many people have downloaded the guide with tips. Different media such as RTL Nieuws, NOS Radio1, Radar Online and national newspapers such as ‘Trouw’ and the ‘Reformatorisch Dagblad’ in the Netherlands reported on our report and campaign. Our Director, Maria Westerbos, and our Ambassador Roos Blufpand were guests on the Koffietijd TV programme. These are important steps in achieving greater awareness of the problem!

ON THE PATH TO BETTER LEGISLATION

Consumers can make a difference, but it is essential that there is better legislation. For this reason we are closely involved in the creation of new regulations in the EU that will deal with the wearing out of microplastics from materials such as textiles.

Our report about the effects of microplastic fibres on health emphasises the need to address this problem. It also serves as important input for policymakers. We are working in the political landscape of the Netherlands and Europe to bring about change. In the Netherlands we contributed to an Initiatiefnota Kleding van D66 (a bill initiated by the D66 political party) which draws attention to microplastic pollution and makes proposals for national legislation to stop the use of microplastics in clothing.

We are also part of the Make the Label Count network that strives to, one, have microplastics included in the evaluation criteria for the sustainability of clothing and, two, have a label introduced that will help consumers make more conscious choices.

It is important for the Plastic Soup Foundation to be a link between science and the broad public that is concerned about the effects of plastic pollution on our health and the environment. We have our work reviewed regularly by leading scientists and we work with scientists to create even greater clarity about the effects of plastic microfibre pollution.

INDUSTRY IS TAKING THE FIRST STEPS

It is high time that change happens in the clothing industry. Companies must take their responsibility for the pollution that their clothing causes. To help foster this, we want to enter into dialogue with these companies to see what action they can take.

We have only just started and much has yet to be done, but we are very proud of these initial results. We will continue working with scientists, informing consumers, addressing industry, and encouraging policymakers in 2023. We are determined to tackle this problem and bring about change. Change is coming!

WILL YOU HELP US ACHIEVE GOOD RESULTS IN 2023? 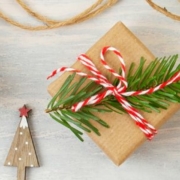 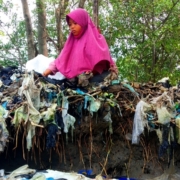