You are here: The Nurdle file Research

Plastic Soup Foundation has long called for all types of plastic pollution to be tackled at source. This especially applies to nurdles as once they are in the environment, it is virtually impossible to clear them up, let alone if they have already found their way into rivers, seas or oceans. The heavier types of nurdle will never wash up but will sink and disappear into sandy seabeds and muddy riverbeds.

That the problem of plastic granules is also a big problem in rivers in the Netherlands was clearly shown by Plastic Soup Foundation research along the Western Scheldt River in 2015. The research was carried out in collaboration with Fauna Flora International, a British organisation, and later in the Dutch Schone Rivieren (clean rivers) project. One of the conclusions in 2019, after two years of research, was that plastic pellets were found in almost half of the more than 200 test locations along the Meuse and Waal Rivers.

In the face of these results, Plastic Soup Foundation went looking specifically for nurdle pollution in the Netherlands and Belgium. In the second half of 2019 our researchers checked dozens of locations for the presence of these plastic granules, not only along various rivers and the Western Scheldt estuary, but also around the production sites of petrochemical factories and the large plastic producers at the Chemelot industrial site in the province of South Limburg, the Botlek industrial area of Rotterdam and the Port of Antwerp.

The conclusion was that all the factory grounds and the access roads of all the manufacturers – Sabic, INEOS, BASF, Borealis, Covestro and Ducor Petrochemicals – surveyed, as well as Katoen Natie, the largest Flemish distribution company, were heavily polluted with nurdles.

Depending on the site, this amounted to hundreds of thousands to millions of spilt plastic granules. Even randomly tested roadsides, harbours and embankments, far from the factories, had nurdles. In some places it looked like it had hailed heavily.

Click here for a detailed presentation of research carried out by Plastic Soup Foundation in 2019. You can zoom in to every location studied ☞ 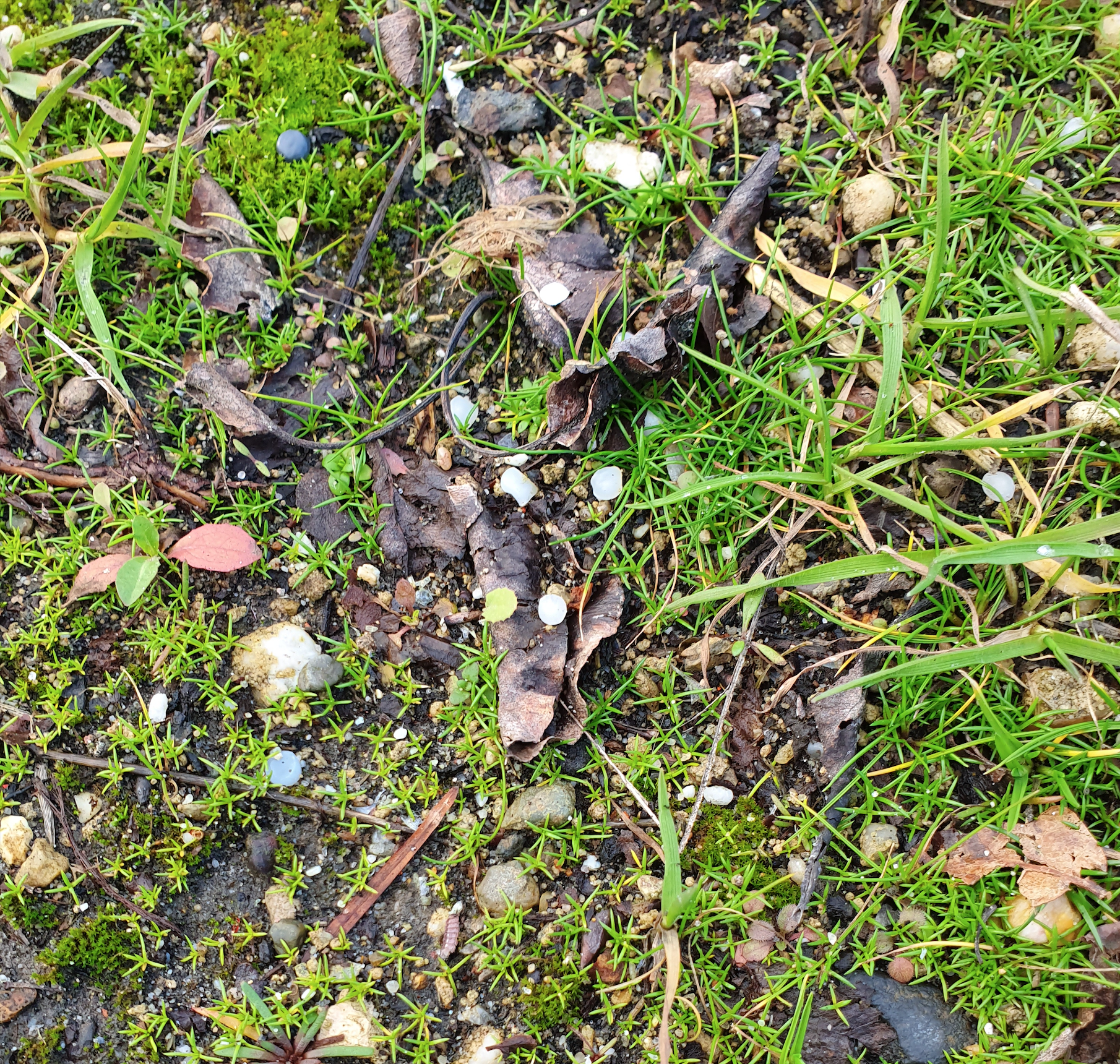 Even on the banks of the Western Scheldt and the Grensmaas Rivers – protected Natura 2000 areas – Plastic Soup Foundation found nurdles emitted by manufacturers in the vicinity.

The presence of all these plastics manufacturers and distributors in the Port of Antwerp affects the Netherlands badly, and in particular the southern province of Zeeland. One such manufacturer is INEOS, a chemical company, whose plans to build a new plastics factory are advanced. If the leakage of nurdles is not stopped, the increase in production will unfortunately harm the flora and fauna of the Scheldt and Western Scheldt River systems and the North Sea to an even greater extent.

Apart from the so-called ‘virgin’ nurdles – the milky white, transparent pellets or pellets that are produced with a particular colour – many recycled plastic nurdles are also found in the environment. The recycled plastic nurdles tend to be darker in colour. We previously concentrated on pollution by the plastics industry, but in February 2020, it became painfully evident that a lot also goes wrong at plastic recycling companies. 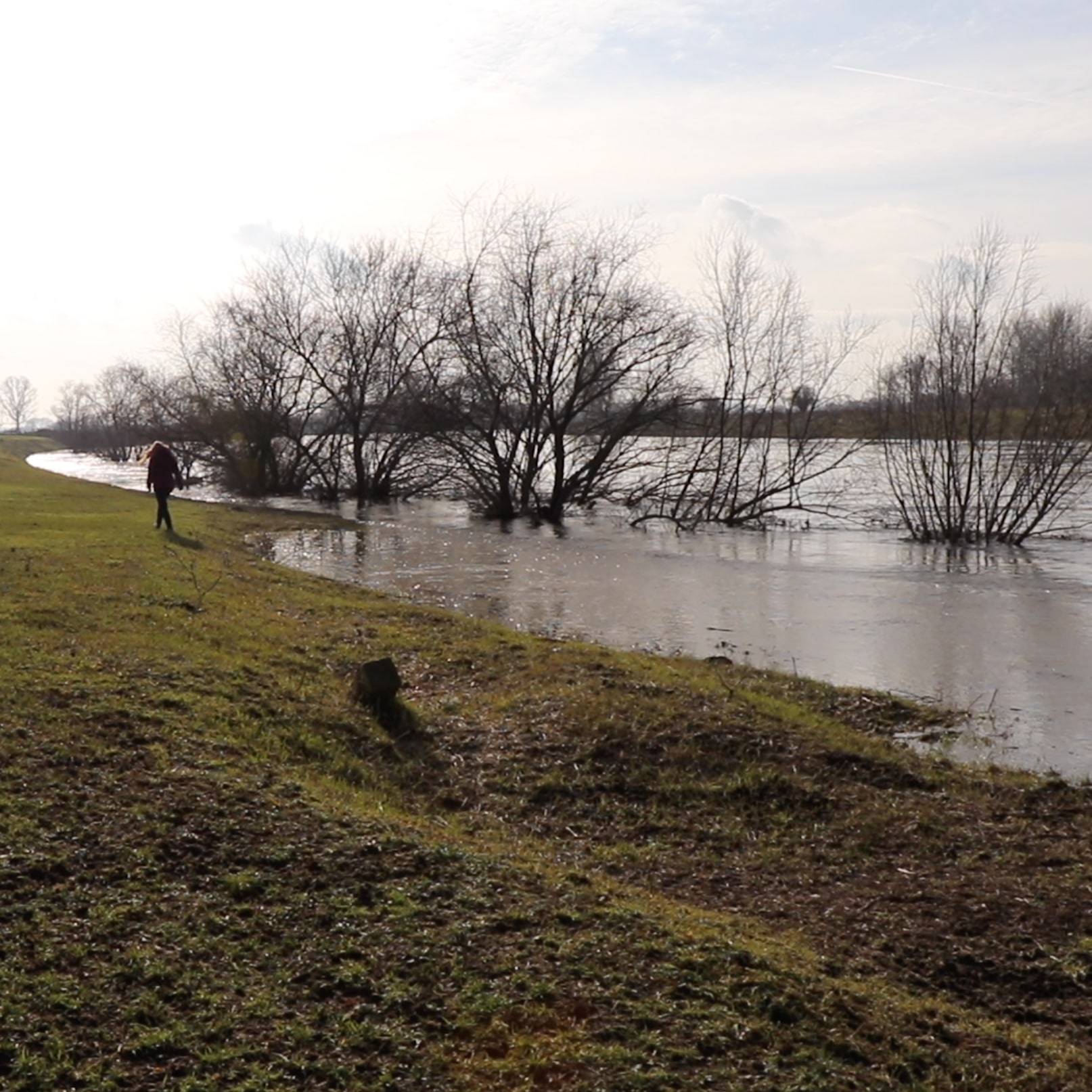 Along the river banks

A striking quantity of grey and black nurdles were found during Schone Rivieren’s 2020 autumn survey along the banks of the IJssel River. These were concentrated around the towns of Hattem, Zutphen and Deventer. The largest and most alarming find was at Zutphen, where an incredible 1,600 nurdles were counted by our researchers in a small test area of only 50 x 50 cms.

Closer examination showed that virtually all these nurdles were found downstream of Zutphen’s industrial harbour. Close to the harbour is an industrial area where Daly Plastics, a plastic recycling company, is located. Plastic Soup Foundation followed the ‘crumbs’ and found thousands of nurdles on the pavement outside the company.

Daly Plastics has been alerted to the pollution by the Municipality, the Rijn and IJssel water board and the environmental protection agency of the Achterhoek province. The company has been issued a warning for the large quantity of plastic granules in the IJssel River and has been required to attach filters in the sewage system and to limit damage caused by the nurdles.

We are now considering a follow–up with the other partners in the Schone Rivieren project.

It was a team of students from the Technical University of Eindhoven that was carrying out research for Plastic Soup Foundation that warned us in February 2020 about another heavily polluted area of microplastics, the Centaurusvijver pond in Tilburg. When we arrived, we did indeed observe a colourful thick mass of small plastic particles mixed with organic material along the banks of the pond. A sample of this material showed that it was mostly ‘mill material’, ground plastic waste. We also found both virgin and recycled nurdles.

This plastic flowed through the sewage system to the Centaurusvijver that serves as a ‘water retention pond’ and collects large amounts of precipitation. From here, the water is pumped to the Wilhelmina Canal. In terms of composition, the plastic can be clearly traced to three or four plastic processing or plastic recycling companies that are located in the nearby industrial area of Loven 3. The municipality of Tilburg is now investigating which company can be held responsible for the pollution.

In November 2020 the TV programme ‘De Hofbar’ by Rutger Castricum, drew our attention to another place where the recycling industry is making a mess of recycling. On a carpark in Biddinghuizen in the middle of a designated nature reserve are large sacks of ground plastic awaiting recycling. Many of the sacks are torn and are spilling out the plastic. The heavily polluted Molenplas lake at Stevensweert too is a clear example of major problems at plastic processing companies.

In short, in 2021 Plastic Soup Foundation will continue to tackle the recycling industry!

☞ Click here for the coverage of De Hofbar. 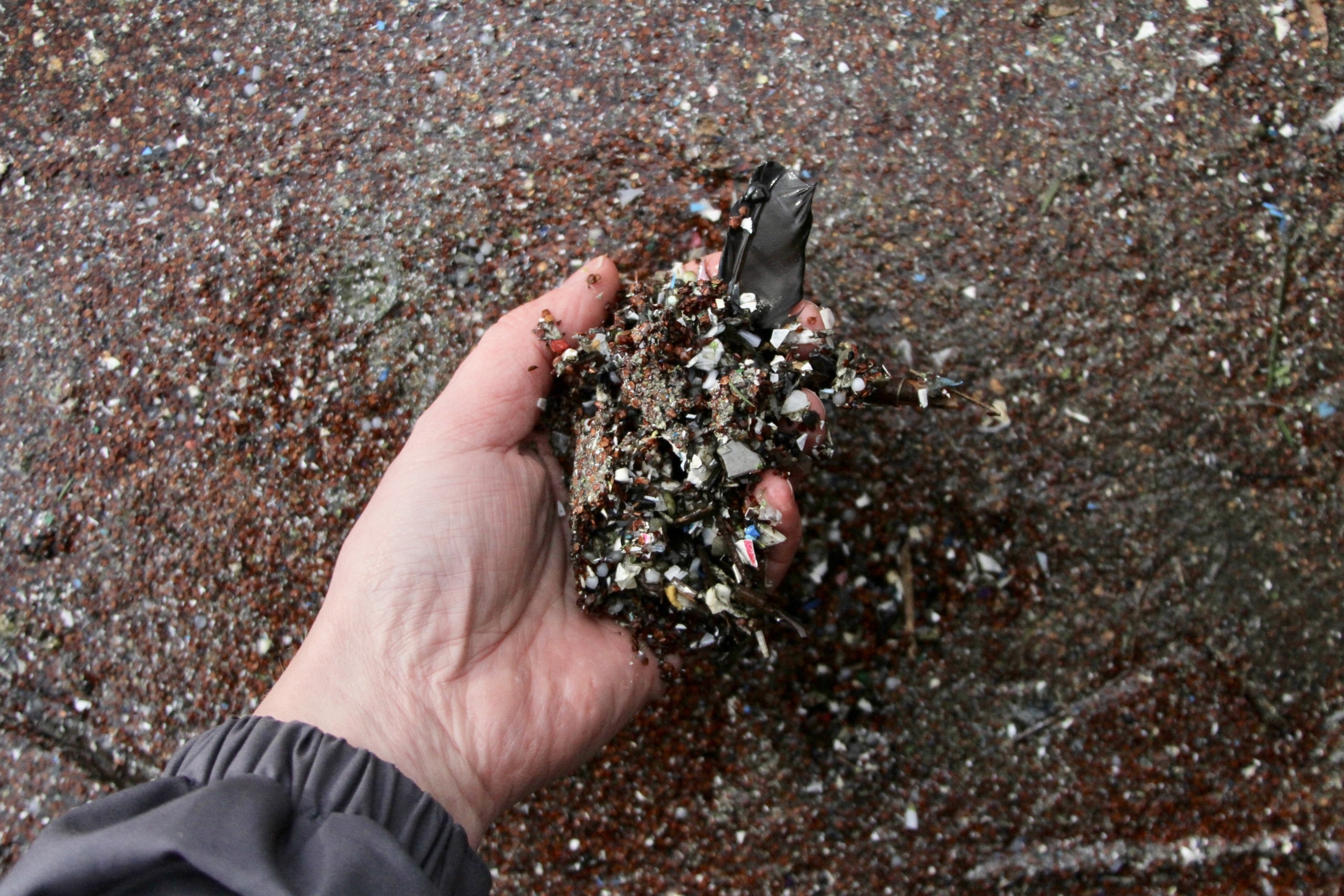 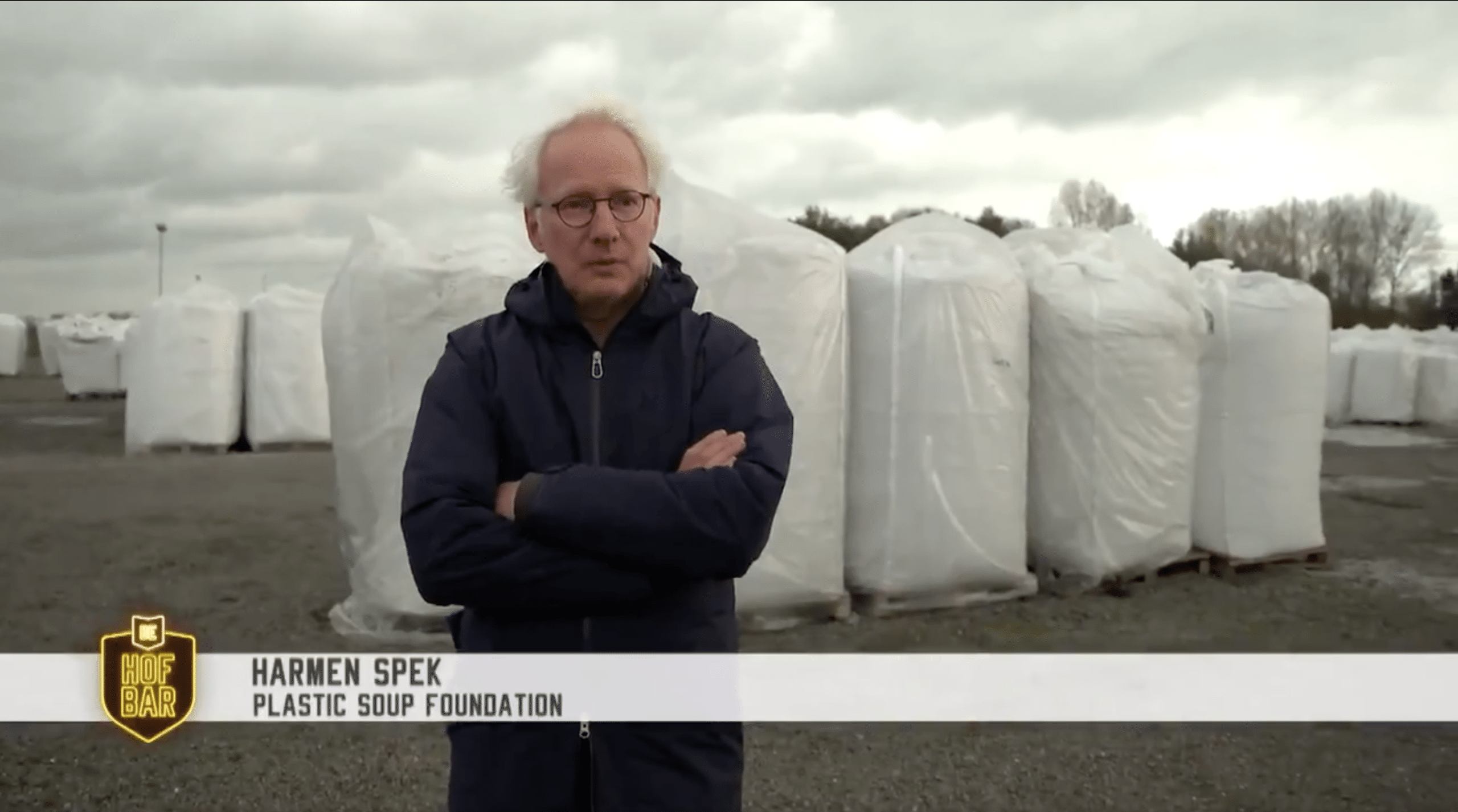 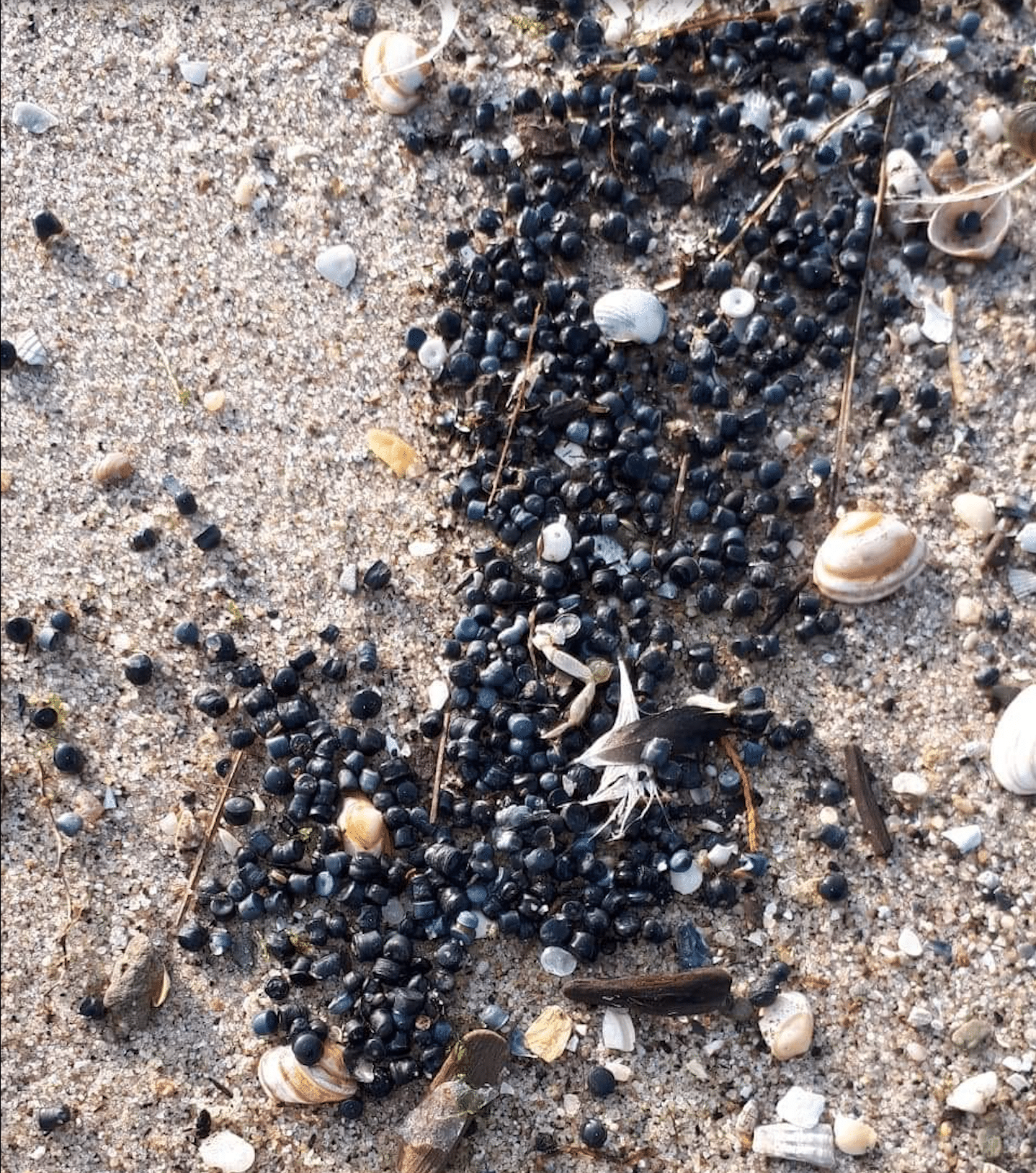 Sewage purification systems are yet another source of plastic granule pollution. These are called biobeads rather than nurdles. They resemble recycled plastic nurdles and are often a dark colour and flatter in shape.

Wageningen University has reported various instances of ‘mass stranding’ of biobeads on the beaches of Texel, Bloemendaal, the Hook of Holland and the Maasvlakte. Wageningen University concluded that they probably come from British sewage purification systems that purify water biologically by forcing water through a container with these plastic granules. The University concluded that ‘Apparently the sieves that are supposed to retain the granules occasionally break, and there are not enough additional safety filters further down the water drainage system,’ and ‘The granules appear to consist of low quality plastics with additives that are akin to recycled plastics from electronic appliances with flame retardants, for example.’

Back to the nurdle homepage
☞ Read more about our legal action 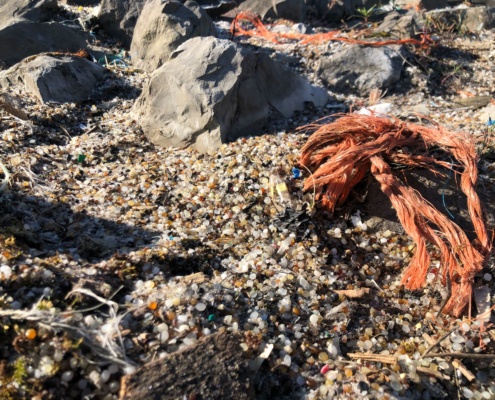 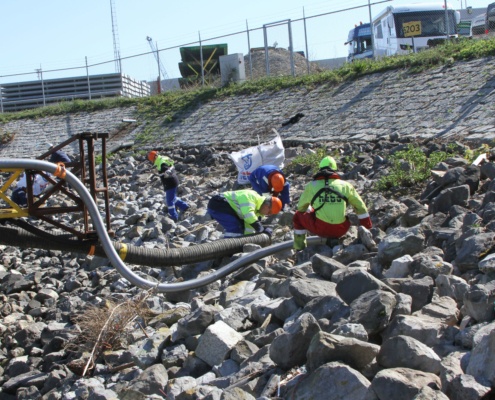 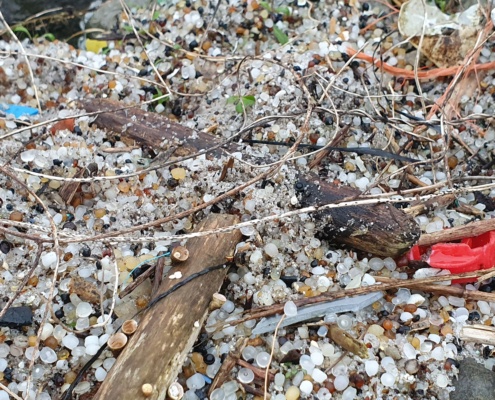 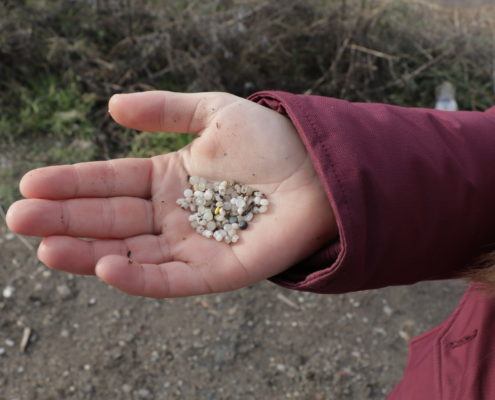 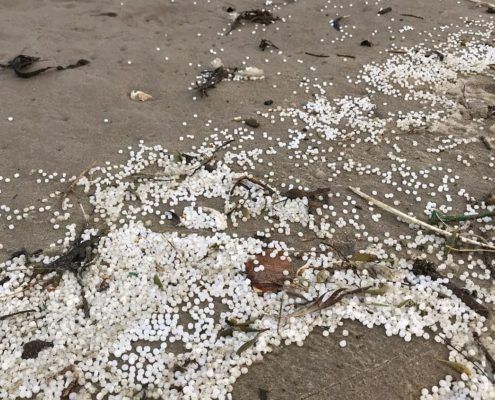