You are here: What we do Microplastics Beat the Microbead 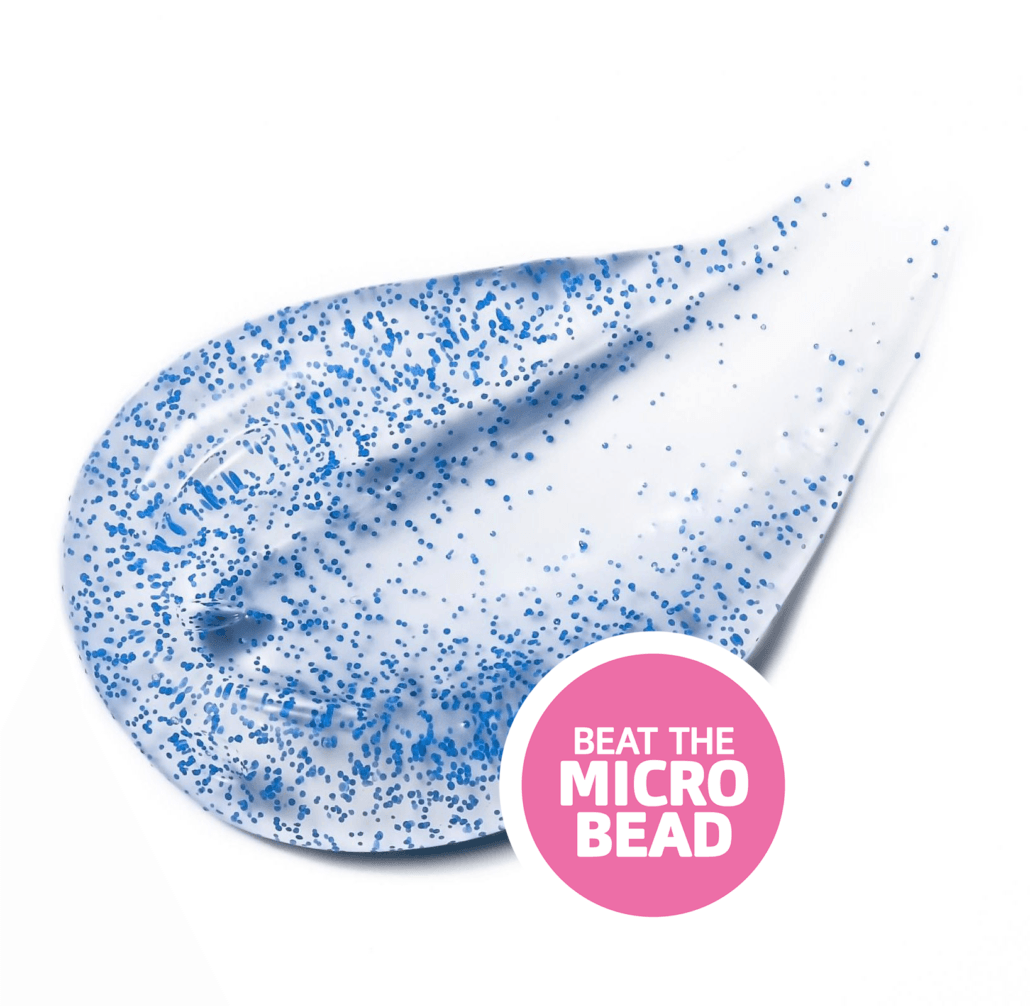 Plastic in cosmetics is a design error!

There are tiny pieces of plastic in many personal care and cosmetic products such as sun cream and lipstick. These microplastics are so small that we cannot see them with the naked eye. Through our shower and sinks, they flow into sewage systems, slip through the filters in water treatment plants and reach our rivers and oceans. Once there, they become a part of the plastic soup. Marine animals mistake these microplastics for food. These particles also end up on our plates because we are part of the food chain.

Do you want to know more about microplastics and our campaign?

SINCE THE BEGINNING OF BEAT THE MICROBEAD, 15 COUNTRIES HAVE TAKEN STEPS TO BAN MICROBEADS. 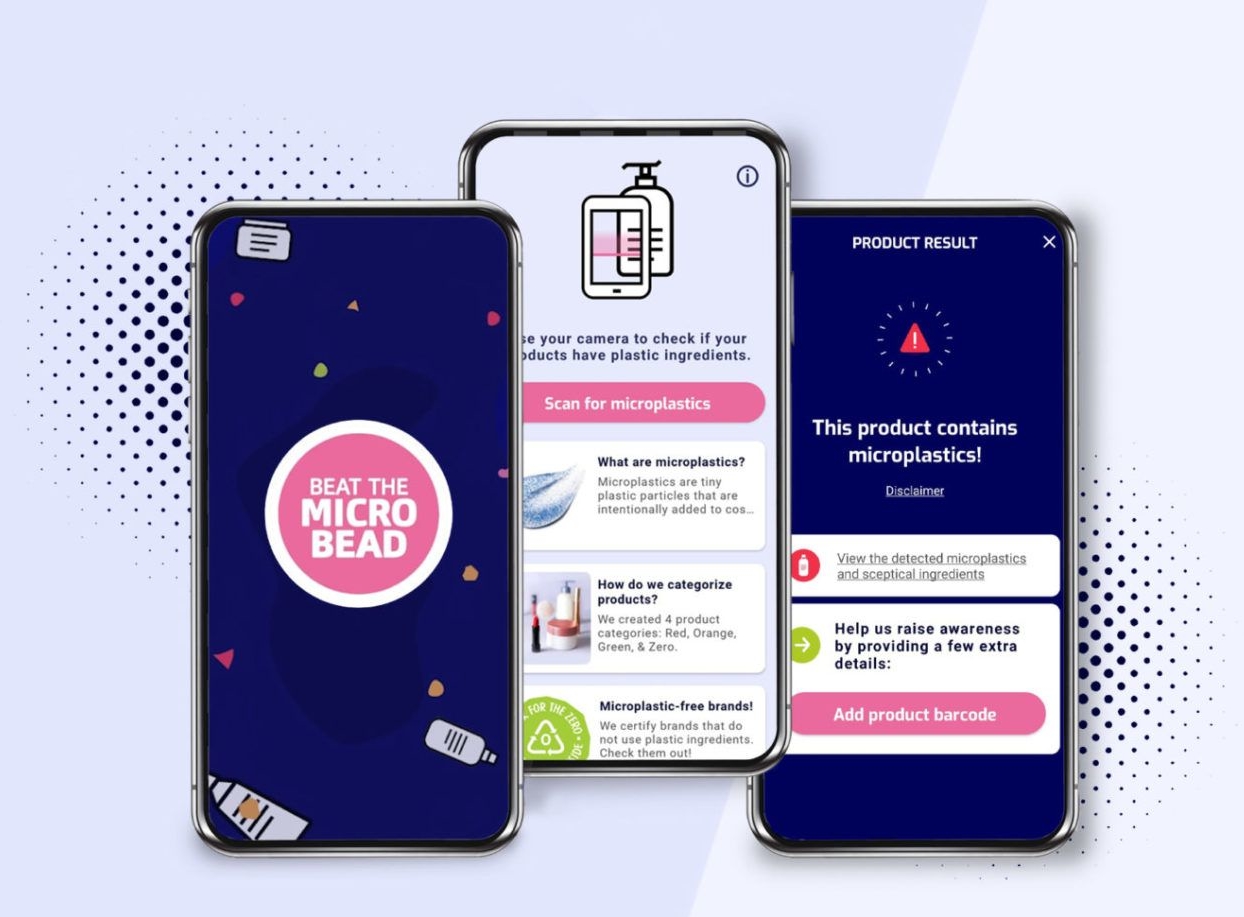 The Beat the Microbead app is completely renewed!

The Plastic Soup Foundation just released the free Beat the Microbead app today which reads the ingredient lists on the packaging and recognizes more than 500 different types of microplastics. The user can immediately see whether the scanned product contains microplastics and, if so, which ones.

The new app is an entirely new version of the previous Beat the Microbead app that was launched in 2012 and that has been downloaded more than 245,000 times worldwide. The latest version is also distributed free of charge by the Plastic Soup Foundation.

The Beat the Microbead app works like a traffic light: red for more than 500 officially recognized microplastics; orange for the so-called sceptical plastics, of which it is not yet proven whether they are dangerous to humans and the environment; and ‘green’ for all products that do not contain ‘red’ or ‘orange’ plastics.

Recent research shows that there are many more types of plastics added to personal care products than previously thought. It also appears that some microplastics are replaced by ‘bio-based’ materials, even though these do not break down in the water. This makes it very difficult for consumers to choose plastic-free products. This is why we are turning the burden of proof around – we are asking producers to declare that their personal care products really are plastic-free.

Products that are completely plastic-free are included in the Zero product list of the Beat the Microbead website and app. We also certify microplastic-free brands with our ‘Zero Plastic Inside’ certification.

Products that are completely plastic-free are included in the Zero category of the Beat the Microbead website and app. Cosmetics brands that are 100% free of microplastics are given the Zero Plastic Inside certification.

Are you looking for a cosmetic product without plastic?

Look for the Zero! 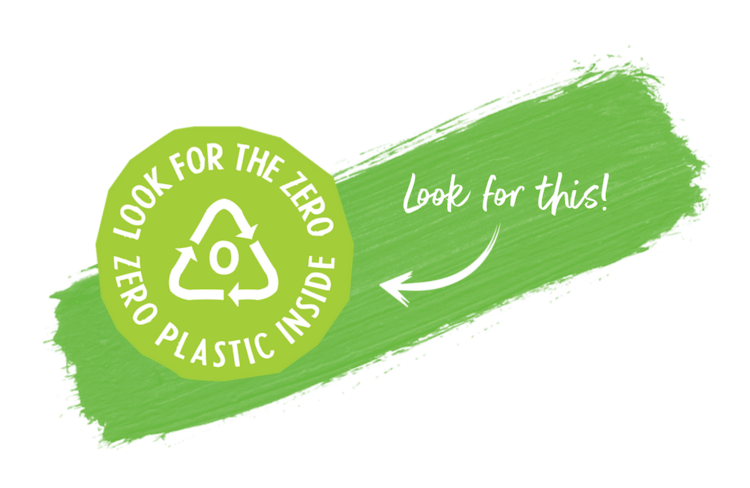