You are here: News Come on EU! The massive dumping of discarded clothing in Ghana and Chile must stop

Come on EU! The massive dumping of discarded clothing in Ghana and Chile must stop

Western countries dump huge quantities of clothing on low-income countries. The reason is an abundance of cheap poor quality clothing. This practice is making the textile industry, and especially the fast fashion industry, even more polluting than it already is.

The EU strategy for sustainable textiles is expected to be published at the end of this month. It is as yet not certain whether it will put an end to this disgraceful trade.

FAST FASHION = A DISASTER FOR THE ENVIRONMENT

Made by low-paid workers in China or Bangladesh, sold in Western countries, hardly worn, and quickly discarded. Fast fashion is disastrous for the environment in many ways. Clothing is becoming ever cheaper and of poorer quality. It is primarily made from synthetic materials such as polyester and is hardly recyclable into new clothing.

Clothing and shoes are bought in huge quantities online, tried on, sent back and then not offered for resale. New collections are being launched in quick succession. In the Netherlands alone an estimated one billion items of clothing are thrown away every year. They often end up in the clothing container.

SORTED, SOLD ON AND DUMPED

A recent episode of the Dutch television programme ‘De prijsknaller’ (the best deal) showed what happens to the contents of the containers. The clothing is first sorted. The bulk, not suitable for resale as second-hand clothing in the Netherlands, is sold on to Eastern Europe. The clothes are again sorted there. What is not suitable for the local market is sold on to Africa. There too the clothes are again sorted. What is again not suitable for trade ends up on a huge mountain of waste. With so many links in the export chain, nobody takes responsibility for the environmental damage that is wreaked.

THE SITUATION IN ACCRA, GHANA

The biggest second-hand clothing market in West Africa is the Kantmanto market in Accra, Ghana. Every week 20 million items of clothing from Western countries arrive here. An investigation revealed that 40% of it leaves the market as waste. Unusable clothing lands in sewers and ends up in the sea, is washed up on the beach by the waves and is buried in the sand. Accra’s beach is littered with clothing. Some is dumped on illegal rubbish tips in the area. Waste-pickers go through it looking for the very last pieces of usable clothing. Just to get rid of it, much of the clothing is incinerated in the open air so the waste-pickers work in toxic burning air.

Another large clothing market is in Kibera, Kenya. The documentary Textile Mountain. The hidden burden of our fashion waste by Make Europe Sustainable for All tells its story.

TONNES OF BRAND NEW CLOTHING DUMPED IN THE CHILEAN DESERT

The import of discarded clothing in South America is concentrated in the Chilean harbour of Iquique in the economic free zone of Alto Hospicio. Every year 59,000 tonnes of clothing are brought here from around the world. What follows is a comparable ecological disaster. Clothing that cannot be used anymore – up to 40,000 tonnes a year – ends up in the adjacent Atacama Desert. What is notable is that many of the clothing in these dumps still have price tags. These are clothing that were not sold and were even never worn. Large fashion brands are responsible for this, but they act as though nothing happens.

WILL THE EU PUT AN END TO THIS?

At the end of this month the European Commission will present its strategy for sustainable textiles which is part of the action plan for the Circular Economy. Two important points of departure are the prevention of textile waste and making it mandatory to collect used textiles from 2025 onwards. Recycling textiles so that new clothing can be made from old clothing must get off the ground. Raw materials must not be lost. As long as the Strategy has not yet been published, it is not clear how far it will help to put an end to the export of low-value textiles to African countries such as Ghana and Kenya and to South America.

WHAT WE BELIEVE SHOULD HAPPEN

Last year, with the forthcoming Strategy for sustainable textiles in mind, a large group of NGOs, including Plastic Soup Foundation, sent a joint report with recommendations to the European Commission. To put an end to the contested export of low-value discarded clothing which recipient countries can do nothing with, it primarily argued for:

There is also hope for Chile. The newly elected President Gabriel Boric, who takes office this month, has a clear agenda for the climate and environment.

Support our battle against fast fashion and the fashion industry.

NGOs advocate for a more sustainable and fairer textile sector 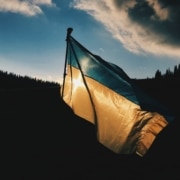