You are here: News Liquid microplastics in cosmetics are the new battleground

Liquid microplastics in cosmetics are the new battleground

From CodeCheck’s research, which is based on a database containing millions of products, it becomes clear that almost one third of all cosmetic products contain poorly biodegradable polymers. These are also known as liquid microplastics. The researchers found 159 different poorly biodegradable synthetic polymers in more than 50,000 products, spread across 34 product categories, including face masks, skin care products, shampoos and shower gels.

CodeCheck’s report reveals the top 3 poorly degradable liquid polymers consists of carbomer (in 24% of the products), Cyclopentasiloxane (in 19% of the products) and acrylic (co)polymers (in 16% of all products surveyed). Despite the fact that acrylate (co)polymers dissolve in water, they are considered poorly biodegradable in the environment.

Lubrizol is one of the largest suppliers of acrylate (co)polymers. This company is active in more than hundred countries and claims that one out of two consumers worldwide uses at least one product with their technology. Acrylic (co)polymers from this company are applied as ‘modifiers, thickeners, binders, stabilizers’ in ‘gels, creams, lotions, body washes & shampoos.’ In a statement, published in July 2018, Lubrizol argues that acrylate polymers are not a threat to the environment and their application does not need to be avoided as a precaution. Lubrizol claimed that their own research had shown this. A video on their website also reassures consumers.

It is remarkable that Lubrizol’s internal research, which is not made available publicly online, comes to this conclusion. After all, there are no accepted standards that indicate when plastics have actually broken down in the marine environment.

The European Chemical Agency (ECHA) has proposed to ban this year the intentionally added microplastics to cosmetics, detergents, paints, agricultural and industrial products. However, it is not clear whether this proposal will also cover liquid plastics.

A new battleground has clearly arisen on this issue. If liquid synthetic polymers are not banned, their mass application will continue and would most probably be increased. While the damage to the environment would still not be clear. Numerous companies show that there are sufficient environmentally friendly alternatives available.

According to Plastic Soup Foundation, the so-called liquid microplastics in cosmetics should be treated in the same way as solid microplastics. Information concerning persistency, bioaccumulation and toxicity must be publicly available in all cases and any substance of concern should be banned.

‘Without information about biodegradability and toxicity of all synthetic polymers these substances shouldn’t be allowed to use.’ says Madhuri Prabhakar, campaigner Beat the Microbead at Plastic Soup Foundation. 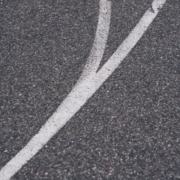 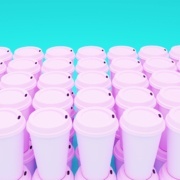