You are here: News The Government should ban drink pouches

The Government should ban drink pouches

Amsterdam, 30 July 2018 – An important contributor to litter are drink pouches such as those from Capri-Sun, which is part of Coca-Cola. Just a couple of sips through a plastic straw and they are empty. These drink pouches are made of plastic with a thin layer of aluminium. Anyone committed to reducing the plastic soup does not even question it – they should be banned.

Secretary of State for the Environment, Van Veldhoven, wants to speed up the transition to the circular economy. In her letter to the House of Representatives in June, she explains how we can achieve an economy without waste. Her plans however, mentioned little about avoiding these type of drink pouches that end up in the environment.

One part of her letter concerns the ban on plastic single-use disposable items. This plan, the Plastic Pact, still needs further working out and is expected to be presented in 2019. But what is already clear is that it does not include drink pouches because it covers products such as ear buds and plastic cutlery and not packaging.

In line with the transition agenda, the packaging sector is requested to design clever return systems. However, this is voluntary (Green Deals) and not mandatory. Manufacturers themselves are requested to set ambitious targets. This is meaningless when it comes to reducing drink packaging littering the streets. The drink pouches cannot be returned anywhere, neither to the shops where they are purchased nor can they be discarded in separate waste streams for recycling. The Cabinet may extend regulations to cover small plastic bottles with a deposit system, but these do not cover drink pouches.

As the drink pouches are made of several layers of aluminium foil, recycling is complicated and expensive. Furthermore, the question is whether the materials can even be reused as drink packaging. The rationale behind the circular economy is swept off the table by the added chemicals and additives. These cannot be removed by recycling.

Van Veldhoven writes that producers of non-recyclable packaging should pay a higher levy for collection and recycling. This is bound to cause resistance from the companies. They are highly unlikely to voluntarily agree to this.

As stated above, the Secretary of State for the Environment still needs to work out the plans for the Plastic Pact. The example of the drink pouches shows that she must not be limited to banning single-use plastic products only, but should also ban other problematic packaging such as drink pouches. 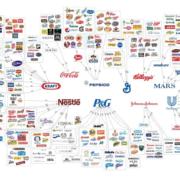 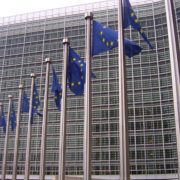