Amsterdam, 20 August 2018 – Buoys of polystyrene (EPS), often used for the cultivation of oysters and muscles in open sea in Korea and other countries, slowly disintegrate under the influence of sunlight. Research showed that a single buoy could break up in seven million particles. And about 100,000 of these types of buoys are used per square kilometre of ocean surface. However, a recent study showed that sunlight is not the only cause of the disintegration. Bristle worms (polychaetes) work their way into the buoy, eat the polystyrene and then excrete microplastics. This is an alarming find.

Bristle worms are at the bottom of the food chain and eaten by birds and fish. Researchers fear this could increase the spread of microplastics.

Two years ago, scientific research already discovered that the growth of the land-living earthworms is slowed down, and their live span is shortened, if they are exposed certain concentrations of microplastics. These organisms also spread microplastics by excreting them into the ground at greater depths. 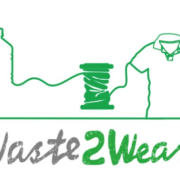 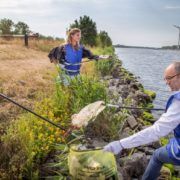 Citizen Science: Motivated cleaning up of litter
Scroll to top