World Environment Day was designated as such by the United Nations in 1974 to not only raise awareness among the world’s population for environmental pollution, overpopulation and climate change, but to call on everybody to take action.

In 1974 I was six years old and I cannot remember that we really worried about the environment. What I do remember though, was that you could roller skate in the middle of the street on Sundays. But the car free Sundays were caused by an oil crisis and had nothing to do at all with an awareness about air pollution.

My concerns about the environment only came about when we heard about the phenomenon of ‘acid rain’ and the role that vehicle exhaust fumes played. And then – completely in line with the goals of the UN – I took action myself. I categorically refused to get into our Volkswagen Beetle, or did so only after making a great fuss. Then, throughout the journey, in a show of resistance I ‘entertained’ my parents with doom and gloom stories about the environment and their personal role in its devastation.

It was 10 years later, in 1986 and 1988, that the reality of the situation hit us all hard in the face. The massive industrial disasters in Bhopal and Chernobyl caused huge levels of environmental pollution that directly affected hundreds of thousands of people and the environment at an unprecedented scale.

Then much later on, plastic lost its innocence. The 1970s were the glory years of plastic. There were Tupperware parties and peer pressure to buy the pastel coloured dishes, lunch boxes and tall narrow cups with lids.

Only at the end of the 1990s did our eyes slowly open to the problem of plastic pollution. In 1997, the American oceanographer Charles Moore noted the vast number of small pieces of plastic that floated past his ship. He was the one to introduce the term ‘plastic soup’.

What was once acid rain for me, is the problem of the plastic soup for children in the 21st century. On this 48th year of World Environment Day, I would like to say some words of encouragement to them. It is highly unlikely that we will ever be able to clean our seas and oceans, but let’s do everything we can to not make the problem worse.

Let’s all use less plastic and turn off the ‘plastic tap’! Let’s raise a fist to the large oil companies who see the production of new plastic as a growth market and in so doing will flood the world with even more plastic. Let’s make ecocide – the large scale damage and devastation of ecosystems – a punishable offence. And let’s especially find encouragement in the verdicts of the wonderful judges in the Urgenda and Milieudefensie (Friends of the Earth Netherlands) cases! 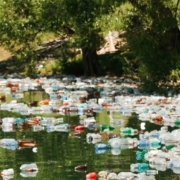 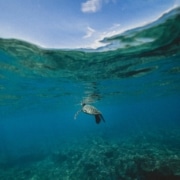 World Ocean Day 2021: our chance to give back
Scroll to top