You are here: News New measures in European Union to tackle the plastic soup

New measures in European Union to tackle the plastic soup

Amsterdam, 17 May 2018 – The European Commission has drafted a directive that deals with single-use plastic. The proposal will be presented on 23 May, but a draft has already been leaked.

The discarded items that are most often found in the environment must be dealt with. Between 80% and 85% of that rubbish is plastic, and 50% of this is Single Use Plastic (SUP). The EU initiative focuses on the 10 most commonly found SUP items on beaches and entangled in discarded fishing gear. Together, they make up about 70% of all the rubbish found on beaches. To avoid individual countries from announcing measures separately, such as Italy with its ban on plastic cotton buds, the EU is now proposing general goals. Member states will have a certain amount of freedom to determine their own national measures to meet the goals.

The manufacturers of fishing gear such as nets, rather than the fishers will be held responsible for waste. They will have to make sure that old nets are returned for recycling or reuse. Similarly, new regulations will hold SUP producers responsible for the waste phase of their products.

There will be a ban on SUP items for which there are environmentally friendly alternatives such as cotton buds and drinking straws. There will be goals to reduce bottles and fast food packaging. Steps will be taken to adapt the design of plastic objects such as bottle tops that remain attached to the bottle. And finally, the EU wants information labels to inform buyers.

The European Commission’s target is that 90% of plastic bottles will be collected. It sees a deposit refund system on bottles as a very efficient way to achieve this. Member states can either opt for a refund system or make manufacturers responsible for collecting 90% of the bottles sold.

The European Commission will pass the draft directive on 23 May. It will then go to the European Parliament and the member states for its pronouncement.

Maria Westerbos, director of the Plastic Soup Foundation, says that “We applaud the proposals of the European Commission. It is high time that far reaching measures are taken at European Union level to stop plastic from entering the environment. The European Commission is right to place the responsibility on the producers rather than on consumers. Producers can no longer hide behind empty promises about recycling, but will have to act themselves to avoid plastic leaking into the environment. They will also have to stop producing Single Use Plastics, embrace alternatives, change the design of their plastic products and introduce a refund system.”

Also read: Delaying the expansion of the deposit system ignores calls from society and is bad news for the environment 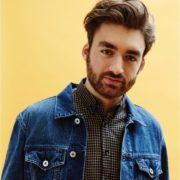 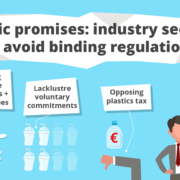